This month’s consequences from the COVID-19 virus have been substantial.  Apart from the impact on public health, equity indices have corrected with considerable speed amid a massive shift away from risk assets.  Consumers have pulled back, by choice or by mandate.  The optimistic tone seen in the economy and markets just two months ago has given way to fear and uncertainty.

To counteract these contractions, citizens around the world have looked to policy makers to expand their efforts.  This week saw substantial movement in that direction.

The U.S. Federal Reserve has been the first and most decisive agency to act.  Two weeks ago, its governors agreed to a 50 basis point cut to the federal funds rate, acting quickly to help markets find their footing.  But investors were unimpressed.  So, over this past weekend, the Fed pulled out all the stops with a comprehensive package of stimulus.  Overnight interest rates returned to their crisis-era lows of 0%-0.25%, accompanied by strong forward guidance that rates would “maintain this target range until…the economy has weathered recent events.” The Fed took additional steps that draw on crisis-era strategy.  Quantitative easing has returned, as the Fed plans to add $700 billion to its balance sheet before the end of the year.  It reopened swap lines with other central banks to ensure an ample supply of dollars worldwide.  And it encouraged banks to use the Fed discount window to meet their liquidity requirements. Despite past hesitation to take advantage of borrowing from the Fed, several major banks stated they will incorporate it as a funding source.

The Fed reopened several programs first chartered in 2008, committing to purchase commercial paper (short-term unsecured corporate debt) and providing credit to primary securities dealers to help them finance their inventory.  Support has also been extended to the money market mutual fund industry, which has seen accelerating outflows from certain products.

The Fed was not alone in its efforts.  Late on Wednesday, the European Central Bank committed to €750 billion of sovereign and corporate bond purchases.  The Bank of England slashed its policy rate and made an unlimited commitment to support its commercial paper market, while the Bank of Japan doubled its asset purchase program.  Central banks in Australia, Brazil, Indonesia and the Philippines, among others, have taken actions to support their economies.  The coordinated global monetary response is underway.

As well, central banks in many jurisdictions have formally encouraged banks to use their capital and liquidity to support the economy.  In some cases, central banks are making funds available for direct lending to borrowers harmed by the coronavirus.

With these supports, central banks have resumed the accommodative posture adopted during the global financial crisis.  But COVID-19 is not a monetary problem, and it cannot be cured with monetary solutions.  An equivalently strong fiscal stimulus is required.

The U.S. fiscal response has been frustratingly slow.  Congress initially passed a limited, $8 billion bill to fund emergency response and vaccine development.  Another measure followed this week that includes support for the cost of virus testing, paid sick leave for many workers caring for children, and funding to states to expand unemployment, healthcare and food aid programs.  But greater support is still needed to bring the country through this crisis.

COVID-19 has quickly become a massive demand shock.  About 68% of the U.S. economy is driven by consumer spending.  When consumers stay home en masse, the damage is rapid.  Businesses shutter and employees are laid off.  We saw the first inkling of what is to come in this week’s steep rise in filings for unemployment insurance.

The mood in Washington has become more urgent, as the government considers a package that may exceed $1 trillion in size.  It may include a payroll tax holiday, direct cash payments to U.S. residents, and subsidies to the small businesses and industries most affected by the slowdown.  But there remains disagreement on specifics, which is delaying passage.

Continually growing headline estimates of the size of upcoming interventions reflect legislators’ growing concern about the damage COVID-19 is causing. Gone are the days of principled objections to increased deficit spending; the debate has focused on how much stimulus to implement and how soon it can be done.  Long-term U.S. interest rates reflect an expectation that the budget will be busted.

“The price tag for supporting the global economy will be high, but it must be paid.”

Leaders of every developed market realize the importance of fiscal stimulus to weather the COVID-19 disruption, and they are responding in force.  The U.K. launched a £330 billion program of loan guarantees in addition to targeted measures for small businesses and companies in the hospitality sector.  France pledged €45 billion of aid and €300 billion of loan guarantees and is exploring measures as extreme as nationalizing key businesses.  Spain is offering €100 in loan guarantees thus far, with Prime Minister Pedro Sánchez sagely summarizing the loss: “2020 will not have 12 months,” as the disruption will squander months of potential output.

Eurozone member states have individually pledged a total of €1 trillion in aid, and still, their largest fiscal weapon remains unused.  Chartered in 2012 during the depths of Europe’s sovereign debt crisis, the European Stability Mechanism (ESM) provides an emergency backstop to countries in need of a bailout.  If EU members agree to reviving ESM issuances, more than €400 billion of supplemental loans could rapidly be made available to EU nations.

Asian nations that faced the virus first have shown the value of a strong response.  Monetary policymakers got the message clearly, while elected leaders are starting to rise to the challenges ahead.  While it will be expensive, it is not as costly as inaction.

The Chinese Year of the Rat, 2020, was meant to be a year of prosperity.  Instead, it has brought a great deal of humanitarian and economic challenge.  COVID-19 has spread to over 160 countries and territories around the globe, causing serious disruptions across markets and to all forms of economic activity.  Though advanced economies are now at the epicenter of outbreak, emerging markets (EMs) have also been hit hard.

Disruptions across EMs are growing.  With major demand centers (advanced economies) moving closer to recession, EMs’ resiliency will be tested.  Commodity- or natural-resource-rich EMs are hit with the double shock of coronavirus and falling commodity prices (not just oil).  Several of those already struggling to cope with rising protectionism are facing a sharp drop in export earnings.  Weaker exports will not only weigh on each economy’s external sector but also on domestic demand, as cutbacks in production result in losses of work.

To make matters worse, the U.S. dollar has been strengthening.  EM currencies have weakened amid the outbreak and are likely to remain under pressure given the uncertainty around economic prospects.  Businesses and governments would face significant challenges in servicing their dollar-denominated debt.  Several emerging markets are reportedly struggling to acquire the dollars needed to service their obligations, given the uncertainty of the value of local currency.

The widespread selloff is causing a sharp reversal in capital flows from relatively risky EM assets into safe haven assets like the dollar.  According to the Institute of International Finance, EMs have recorded about $55 billion in capital outflows in less than two months, double the pace of withdrawals seen during the 2008 crisis.

Though Latin America (LATAM)’s exposure to the viral outbreak has been limited, the Brazilian real and Mexican peso are among the worst-performing currencies this year, reaching record lows.  Declining external demand and commodity prices, tightening financial conditions, and the impact of virus containment measures will result in significant shocks to LATAM economies.

Among other major emerging markets, Turkey, South Africa and Iran are also struggling, even though the first two haven’t seen a major outbreak yet.  With Europe, Turkey’s main trading partner, in a lockdown, the country’s export and tourism sectors are likely to suffer.  Measures aimed at limiting the spread within Turkish borders will weigh on domestic consumption.  Turkey had unleashed massive stimulus from its 2018 currency crisis; its monetary and public finances will now stretch even more to underpin the economy. The outlook for South Africa was bleak coming into 2020, but the external shock of COVID-19 will further destabilize its fragile economy.  The South African rand has tumbled 13% this year.  In the event of an outbreak, South Africa’s socioeconomic conditions will only make the fight against the virus more complex, as implementing lockdowns won’t be easy.  The external shock coupled with weak domestic fundamentals, including high (external and short-term) debt and an energy crisis, will likely push the economy deeper into recession.

“Emerging markets have no room for fiscal support measures, and monetary easing could well backfire.”

The situation in Iran is far worse.  It is battling an outbreak with an already decimated economy owing to economic isolation and now the oil price war.  The rial has depreciated considerably, which will fuel inflation.  Standing at a breaking point, the crisis has forced the Iranian government, for the first time in 60 years, to request a $5 billion loan from the International Monetary Fund.

Though some of the economic damage can be mitigated by policy support measures, any monetary easing is constrained by these countries’ weaker currencies and risks of inflation.  They have little room for fiscal easing, as several emerging markets are running fiscal deficits.

In sum, the Year of the Rat does not look like it will deliver on its promise.  Next year will be the Year of the Ox, a symbol of strength: hopefully, this will bring some stability to EM economies.

What do tulips and toilet paper have in common?  Read on.

Friends of mine who grew up in Eastern Europe have remarked that recent scenes in the world’s grocery stores remind them of their childhoods.  Empty shelves, fights over newly-delivered inventory, and black markets with high prices have been common during recent weeks, as populations prepare for extended periods at home.  Guards have been called out to patrol supermarket aisles, while thieves have hijacked trucks delivering particularly scarce items.

On the surface, the hoarding is completely irrational.  The coronavirus does not bring digestive issues, and there are more than 100 toilet paper manufacturers in the United States.  Studies suggest that an 18-roll package of toilet paper should be enough to last a family of four for two months.  Why, then, do we see people marching out of retailers with 4-5 of them?

“Hoarding, while not altogether rational, is not at all unexpected.”

It’s because people around the globe are governed by behavioral economics.  We are risk averse, and since we cannot eliminate all risks, we often work hard to control the things we can.  Hoarding essentials gives us the peace of mind we are struggling to achieve elsewhere. Further, when we see someone else hoarding (or see an accumulation of hoarding stories on social media), we tend to override our more reasoned calculations and join the crowd.  Scarcity becomes a perception, even if it isn’t a reality.

The hoarding of toilet paper is mostly bemusing, as restocking is rapidly catching up to demand.  Where hoarding is more serious is when it involves essentials that are not made locally, like preventative face masks.  They are in short supply at medical centers, even as boxes of them sit in people’s basements.

Students of history will remember that a similar mania surrounded Dutch tulip bulbs 400 years ago.  While consumers have become more sophisticated in some ways since then, some of our baser instincts remain very much the same. 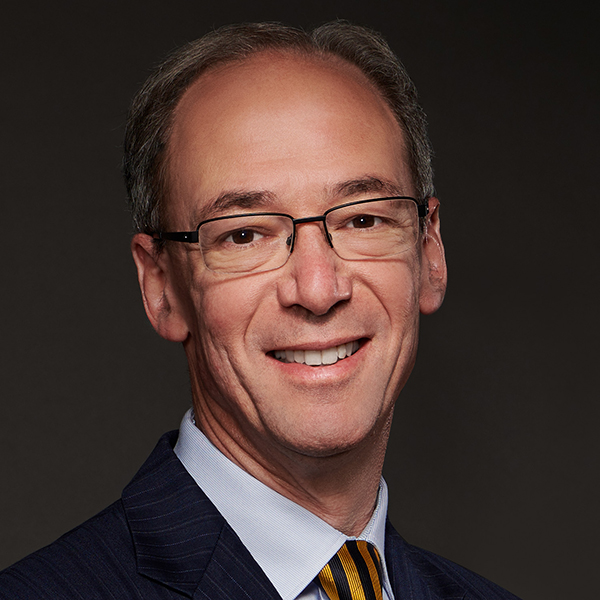 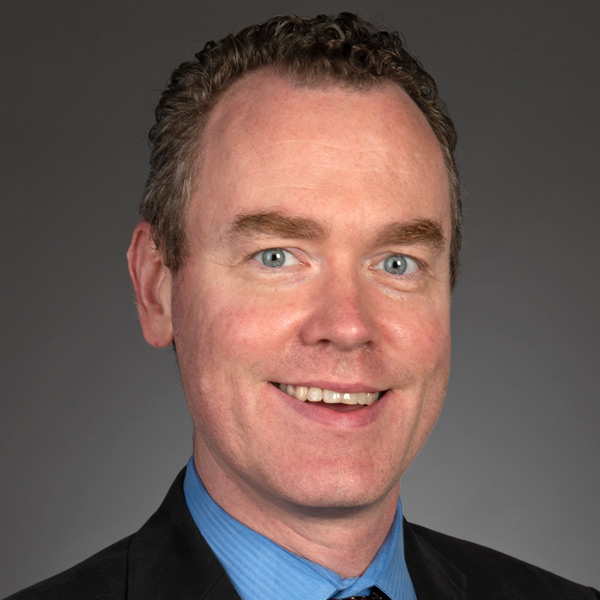 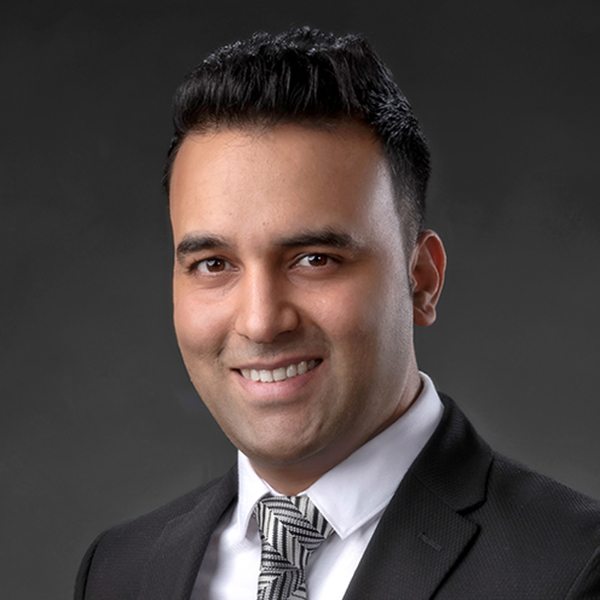 Substantial fiscal policy is the best economic prescription for COVID-19.