Discover more information in our monthly publication, the AXIS newsletter, including industry trends, product innovation, Fintech and more from our team of experts.
SUBSCRIBE NOW
November 15, 2019

It Really is Time to Outsource Your Trading

As profit margin pressure exerts itself on asset managers "the time for tinkering around on the edge of costs is over," says one expert.

Asset managers are vigilant about looking for signals of impending change in the markets, and rightly focused on investment returns – it’s what they are paid to do, and they are good at it. But as they push on to meet client expectations, their own industry is under siege. Quietly chipping away at the perimeter of their profit margins are fee compression, regulatory and compliance demands, the cost of keeping up in the technology race, and shifting product demand from investors.

The numbers speak to an existential struggle for asset managers. Between 2007 and 2017, costs for North American asset managers increased by 5% a year, and 6% in the final 12 months of that time frame, according to analysis by McKinsey & Co. Two globally recognized names in asset management reported an 8% jump in costs in 2017, crimping margins for a year that witnessed tremendous asset growth. Both firms reported an additional 4% increase in costs in 2018.

As these challenges reverberate throughout their industry, managers are looking to a tried and true solution they’ve called upon before: outsourcing. Twice before has the industry sought relief by pushing non-core activity to more cost-efficient and productive service providers. In the 1980s, it was the back office. In the early 2000s, the middle office. Both of those trends began in the latter stages of extended bull markets – a position much like today. It’s no surprise, then, that for a third time managers are looking beyond their own walls, this for help with front office functions, such as trading.

What is the core of what we do?

According to Gary Paulin, Global Head of Integrated Trading Solutions at Northern Trust, all indications are that it’s time for a “radical re-think” of the asset manager operating model. In the periods of self-analysis brought on by the receding tide of profit margins, asset managers, he says, must ask themselves one key question: What is the core of what we do?

“Ultimately, asset managers produce and sell decisions,” says Paulin. “So, if an activity such as trading doesn't add value to their decision-making process, many will conclude it’s a cost. And if it’s a cost, they should consider alternative ways of dealing with that cost.”

Outsourcing is the logical manner of dealing with self-identified non-core costs, assuming the asset manager can identify a service provider with sufficient size, scale, and expertise to perform the activity better and cheaper than if they were to keep it in house. And it’s worth noting that not all asset managers view outsourcing in strictly defensive terms.

“We talk to a lot of firms that view outsourcing as a proactive way to future-proof their models, so that they can pursue opportunities such as expanding into new markets or geographies without having to add cost. It’s a way to get some positive operating margin back into their models,” says Paulin. “That’s still a minority view, but it could be a real difference maker for the first movers in that regard. The time for tinkering around on the edge of costs is over.”

Technology at scale without cost at scale

One reason trading is a prime candidate for outsourcing is not only the cost involved, but the time and effort. A transaction report, for example, is an arduous task that involves no little manual input. And there are queries to follow up on, or trading errors that need to be addressed. That is all time that could be focused on enhanced decision making.

“In some cases, it’s one of those things where you don’t realize the value of opportunity missed until you’ve actually done the outsourcing,” says Paulin. “But from a time and value allocation, it’s fairly easy to measure time spent on non-value attributive activity – and it can be quite a big number.”

Trading has also become significantly more segmented as electronic trading capabilities have evolved. A heavy reliance on technology in any facet of asset management operations comes at a hefty cost, with no guarantee that an investment in tech products and systems this year won’t be made obsolete or be superseded by a development next year.

That’s where the scale and size of an outsourcing partner comes into play. A firm with substantial resources, such as Northern Trust, invests enthusiastically in keeping up with developments in that space.

“Asset managers shouldn’t want to do technology on the scale that we do,” says Paulin. “They can get the benefits of scale by plugging into our network. We take a very careful approach to what’s in our stack and how we build it, so it is as agnostic and flexible as possible as any one of our partners need it to be. We’re very cognizant of the pace of change in technology. We work with experts who advise us on how to stay best-in-class from one year to the next.”

In an ideal outsourcing partnership, many or all of the non-core activities required by asset managers can be seamlessly linked up. Northern Trust can provide that holistic experience for its partners, from the back office, through the middle, to the front. Its Integrated Trading Solutions, for example, enables aspects of its middle office to enable SWIFTing of trade instructions through to the custodians on its clients’ behalf, speeding up, de-risking, and improving the efficiency of that process.

Equally valuable to partners of Northern Trust in the age of governance diligence is that the firm is an unconflicted counterparty.

“We act only at our clients’ instructions,” says Paulin. “One way of thinking of it is that the process won’t be contaminated in any way. It’s in our nature as a custody bank to be client focused.”

Being a custody bank and having an established transition management business come with other benefits for partners, too, such as large amounts of unique liquidity.

“We have deep liquidity pools on the street,” says Paulin. “But we also have our own liquidity that clients can interact with to narrow their market footprint, and potentially improve their trade execution quality.” 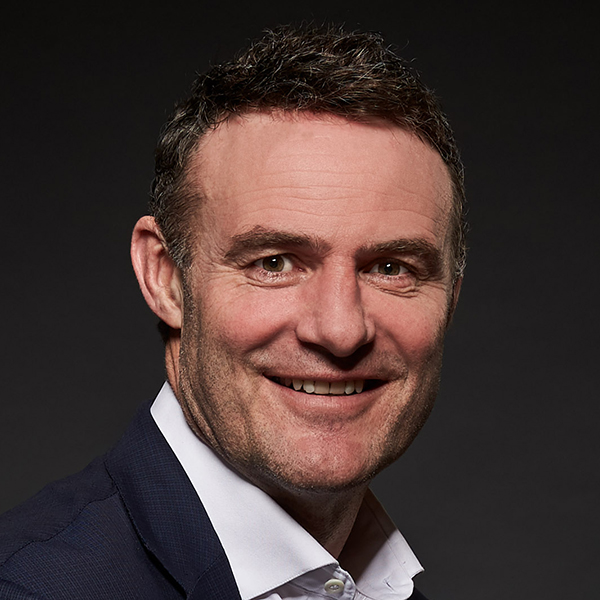 Gary is the Global Head of Integrated Trading Solutions, ITS, which sits within Northern Trust’s Institutional Brokerage business.
READ BIO

The Third Wave: A Tipping Point for Outsourced Execution Services in the U.S.

2019: The Tipping Point for Outsourced Trading