COVID-19 Market Stress: Your Questions Answered
Will stimulus work? Will the Eurozone survive? Read our answers to these questions and more.
Quarterly Market Commentary
July 15, 2019

One word to describe the second quarter? Up.

Rallies across global risk assets and global bond markets during the second quarter pierced some important levels, effectively erasing the 2018 drawdown completely and bringing interest rates down significantly around the world. Is it logical for stocks and bonds to rally at the same time, or are markets sending investors mixed messages? We think the dual rally is rational. 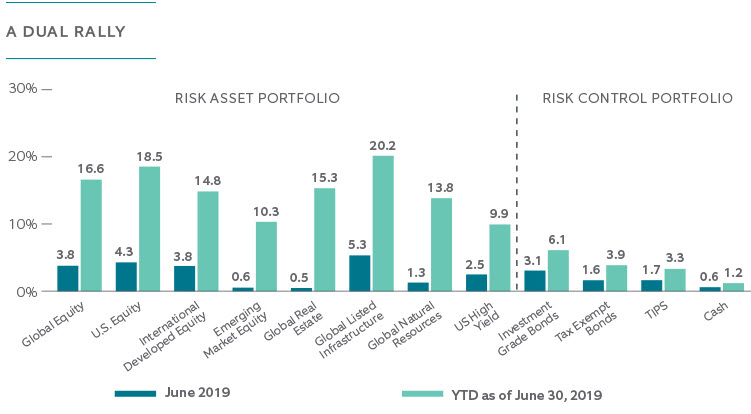 Source: Morningstar Direct as of June 30, 2019. All returns shown are on a U.S. dollar basis

WHAT IS THE PROPER ANNIVERSARY GIFT FOR 10 YEARS? TIN.

The U.S. economic expansion is now officially the longest on record, having reached the 10-year mark at the end of the second quarter. Of note, this expansion has been far slower than previous expansions on a number of measures, including jobs growth, which may partially explain the lack of typical inflationary pressures. Europe has not been as fortunate, with growth that has trended slightly above and below the water line over the past 10 years, coupled with low and slowing inflation. Even China has seen a slowdown in both growth and inflation into the second quarter, accompanied by a monetary and fiscal policy response aimed at stability.

The U.S. and China are increasingly important drivers of global growth, and although we have seen the People’s Bank of China’s response to the growth downgrade in China, we have yet to see a response from the Federal Reserve to the U.S. downshift. Trade tension between the two countries has suppressed growth across the globe, and we have started to see some fraying around the edges of this extended period of U.S. expansion. Along with lower growth expectations, market-based inflation expectations have weakened significantly.

Although the appropriate gift for a 10-year anniversary is tin, investors are hopeful that the U.S. Federal Reserve does not turn a tin ear to emerging growth concerns and follows through with rate cuts currently priced into market expectations. Market signals should not be ignored, particularly the recent inversion of the yield curve, which historically has preceded recessions. The longer the curve stays inverted, with the 3-month yield above the 10-year treasury yield, the greater the economic danger becomes. We anticipate three cuts of 25 basis points each in 2019, enough to stabilize growth and lend support to equity markets.

Computer programmers have coined this phrase as a witty way of referring to an unintentional “bug” — a mismatch between requirements and desired functionality — that is eventually accepted as a “feature,” intentional in design. There is a clear corollary to current global trade disputes.

While the initial trade skirmishes between the U.S. and global trade partners were interpreted as bugs — short term “errors” that would be fixed — we now expect that these rolling trade skirmishes will be more long-lasting and have indeed become features of the global economic landscape.

The implications are complex, but for corporations, this new environment will require more flexible supply chains. For investors, it means that headline risk will be a constant source of market volatility. We see this playing out in real time with the sudden threat by the U.S. against Mexico’s exports, the seesaw of negotiations between China and the U.S., and the now-constant threat of U.S. tariffs on European auto imports. Japan and India also have not been immune to the U.S.’s new bilateral approach. We expect that this will be the new landscape for the intermediate term, and that the bug has become the feature.

THE PAUSE THAT REFRESHES

While we have spent a lot of time focusing on central bank policy, we recognize that ultimately earnings and changes in valuation will drive markets.

After a challenging first quarter for earnings, analysts are not expecting conditions to improve over the near term. Whether we look at bottom-up or top-down analyst expectations, earnings growth in the U.S. is expected to be at worst negative and at best flat over last year. Further, the S&P is selling at around 17X forward earnings — above the historical average of 15X, but reasonable given our view that the Fed will cut rates. Outside the U.S., the growth trend is similar: European and emerging markets earnings growth is expected to be muted at best, with valuations hovering around historical averages.

In all cases, a late 2019 earnings rebound is expected, with low-to-mid single digit growth for the year. Looking forward, analysts are expecting 2020 to be much better, with double digit growth expectations across regions. Our outlook for earnings is a bit more modest, with mid-single digit expectations for 2020. While not spectacular, this is “good enough” to support equity markets.

SO, WHERE DOES THAT LEAVE US?

We remain constructive on global economic growth, assuming a slow but positive trajectory across regions, with no recession forecast. Inflation will remain a non-issue, allowing central banks to resume policy easing in the U.S., Europe and Japan, with additional stimulus from the People’s Bank of China. Trade tensions remain a significant threat to growth and certainly will remain a key contributor to market volatility in both Risk and Risk Control asset classes.

There are two key takeaways for the quarter that bear highlighting, and they are both about diversification:

Head Office: 50 South La Salle Street, Chicago, Illinois 60603 U.S.A. Incorporated with limited liability in the U.S. Products and services provided by subsidiaries of Northern Trust Corporation may vary in different markets and are offered in accordance with local regulation.

LEGAL, INVESTMENT AND TAX NOTICE: This material is provided for informational purposes only. Information is not intended to be and should not be construed as an offer, solicitation or recommendation with respect to any transaction and should not be treated as legal advice investment advice or tax advice. Information is confidential and may not be duplicated in any form or disseminated without the prior consent of Northern Trust. All material has been obtained from sources believed to be reliable, but the accuracy, completeness and interpretation cannot be guaranteed. Information contained herein is current as of the date appearing in this material only and is subject to change without notice. 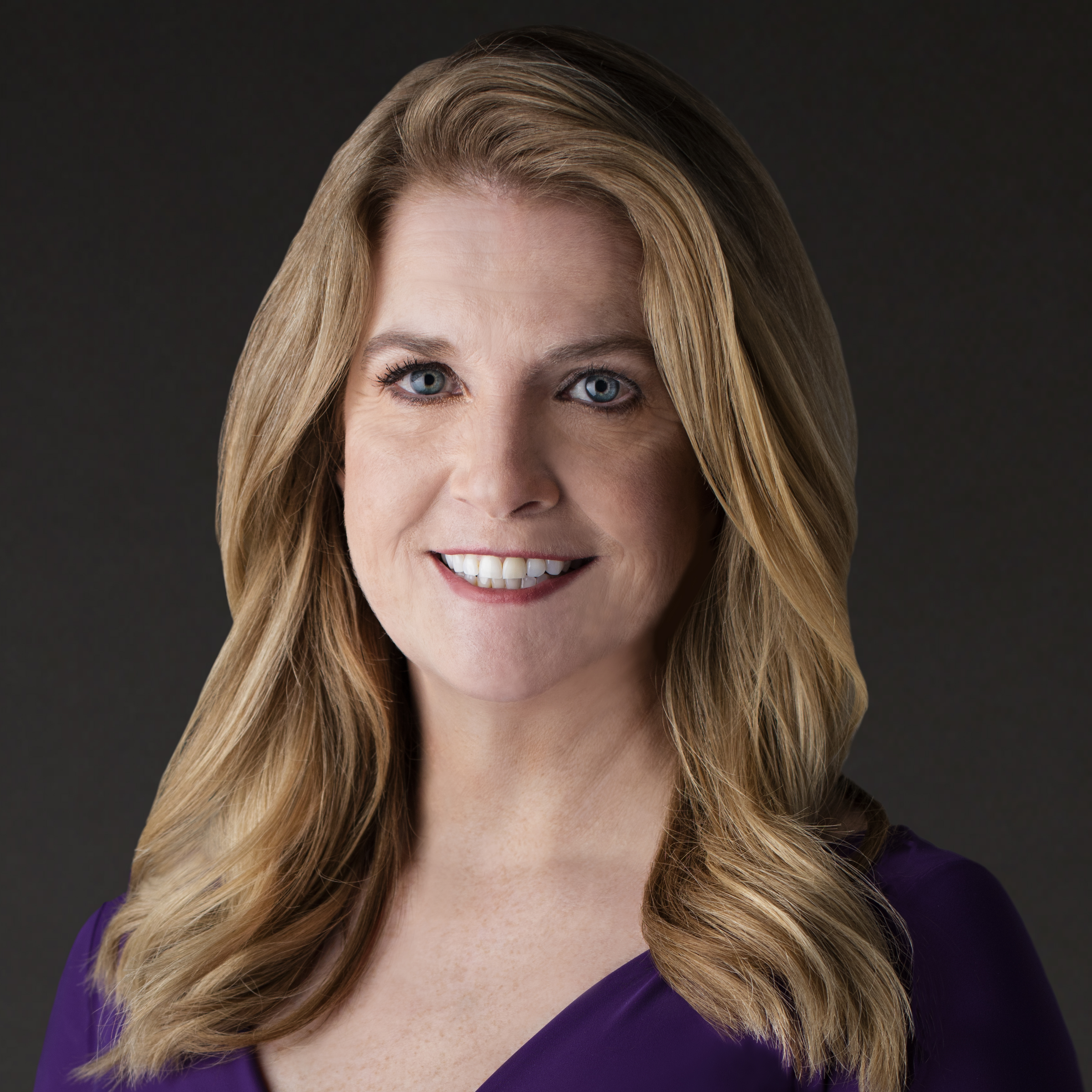 Giving Season 2019: Gifts that Transform, and Transformed by Giving

There is an array of non-financial and financial decisions to be made in order to maximize the full potential of giving.

Family business transitions are often difficult, but there are steps families can take to help increase the chances of success.