Gaining power is one thing, but exercising power is another. American President Donald Trump and British Prime Minister Boris Johnson are both dealing with economic and political stress that has dominated recent headlines. How they fare on both fronts in coming months will have important implications for the current expansion.

The rules of engagement in the U.S.-China trade war are continually changing, keeping investors guessing about the future course of global commerce. We expect the U.S. tariffs against China to escalate as threatened, risking a spill-over of tensions to other arenas. October will be a telling month for Brexit, and the eurozone continues to contend with a very sluggish manufacturing sector. Japan has increased its consumption tax, but has taken steps to reduce the risk of a recession.

The ongoing uncertainties will continue to weigh on economic prospects throughout 2020.  To respond, major central banks have delivered accommodative policy. Following are our views on the world’s major economic blocks. 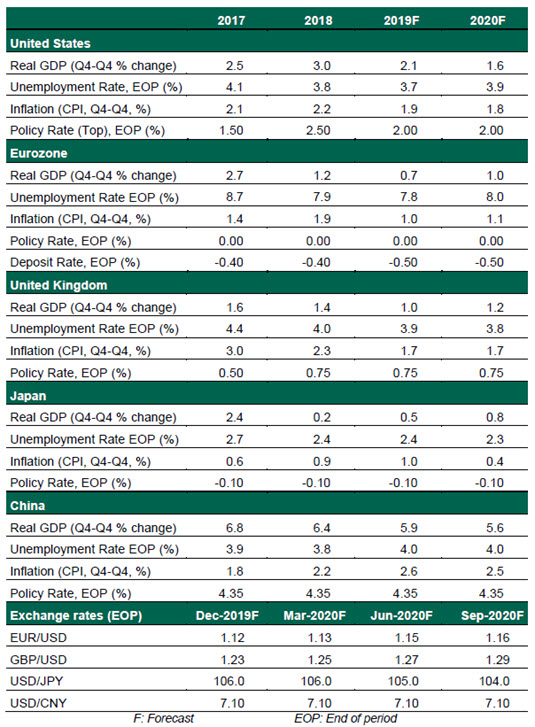