COVID-19 Market Stress: Your Questions Answered
Will stimulus work? Will the Eurozone survive? Read our answers to these questions and more.
June 21, 2019
PRINT

Tax Update: Will the Kaestner Decision Have Ripple Effects?

The Supreme Court's Kaestner decision is welcome news for taxpayers, but the ruling will likely have material impact only in limited circumstances.

The issue before the Court, as presented by the North Carolina Department of Revenue, was whether the Due Process Clause under the Fourteenth Amendment prohibits states from taxing trusts based on trust beneficiaries’ in-state residence. The Trustee framed the question slightly differently, focusing on the unique facts of the case, specifically the taxation of the worldwide income of a trust to which the State “had no connection, based solely on the domicile of a discretionary beneficiary who might never in fact become entitled to receive a distribution from the trust.” The Court, in ruling that the North Carolina statute was unconstitutional as applied to the Kaestner Trust, focused on the issue as framed by the Trustee, and in so doing, in essence limited the broader impact of its decision.

In 1992, Joseph Lee Rice III, a resident of New York, created the Joseph Lee Rice III Family 1992 Trust by written agreement in the State of New York, naming a New York trustee, and specifying that the trust would be governed by New York law. The trust agreement granted the trustee broad discretion to control all trust matters, including investments and distributions to beneficiaries. The interests of the beneficiaries in the trust were entirely discretionary; the beneficiaries had no present right to trust income or principal or any guarantee that they would ever receive either. In 2005, Mr. Rice appointed a resident and domiciliary of Connecticut as successor trustee, who remained in this position during the time period at issue. In 2006, the sub-trusts that had been created in 2002 for each of Mr. Rice’s three children were decanted into new separate trusts for each child, including the Kaestner Trust for the benefit of Mr. Rice’s daughter, Kimberley Kaestner.

The circuit court, the appellate court and the North Carolina Supreme Court all concluded that taxing the Trust violated the Due Process Clause.2

Before the U.S. Supreme Court, the State argued that holding the application of the tax unconstitutional amounted to a “judicially created tax-shelter,” allowing the Trust to avoid tax on the income altogether and creating a serious hardship for the State, which provided significant benefits to the Trust beneficiaries.

In reality, as the Trust highlighted, very few states use a resident-beneficiary paradigm as the sole basis for determining the residence of a trust, although a number of others include it as one factor among others used to determine nexus.3 This resident-beneficiary approach could result in significant tax being paid to North Carolina when no income would be distributed to a North Carolina resident. Ms. Kaestner did not “own” the Trust or its assets, she did not control the investment of the Trust and she could not demand distributions from the Trust. Furthermore, as other states tax trusts as residents based on criteria including the residence of the settlor, the residence of the trustee and the place of administration, the specter of a “judicially created tax-shelter” is ill-conceived. In short, the Trustee argued, the assets and income did not have sufficient nexus with the State for the statute as applied to the Trust to pass constitutional muster.

The Supreme Court unanimously ruled in favor of the Trust. The Court affirmed the decision from the North Carolina Supreme Court under the Due Process Clause as applied, ultimately holding that North Carolina seeking to tax the Trust’s income, whether distributed or not, based solely on the in-state beneficiary’s residence is a violation of due process in the context of this case. In its reasoning, the Court relied primarily on three points in reaching its decision: (1) the beneficiaries did not receive any income from the Trust during the years in question; (2) the beneficiaries had no right to demand trust income or control, possess, or enjoy the trust assets in the tax years at issue; and (3) not only were the beneficiaries unable to demand distributions in the tax years at issue, but they also could not count on receiving any amount of income from the Trust in the future. As such, the Court stated, “given these features of the Trust, the beneficiaries’ residence cannot, consistent with due process, serve as the sole basis for North Carolina’s tax on trust income.” Justice Alito issued the concurring opinion, ultimately agreeing with the Court, but further emphasizing the narrow scope of the Court’s decision as one that does not change the governing standard or alter the reasoning applied in earlier cases. In effect, this conveyed the message that in spite of the decision, the precedent and reasoning for trust taxation remains consistent and unchanged.

What ripple effects will the Kaestner decision have? For the taxpayer, the outcome is certainly welcome. However, the Supreme Court’s “statute as-applied” ruling, specific to the facts of the case, limits the greater impact of the decision – it may be persuasive, but it will be precedential in very limited circumstances. States tax trust income under different paradigms. Very few states base the taxation of a trust as a resident singularly on the residence of a beneficiary. The North Carolina approach is quite simply an uncommon one. For states that determine the status of a trust as a resident for state income tax purposes on other criteria, such as the residence of the settlor, the residence of the trustee or the place of administration, the Kaestner North Carolina decision itself is not expected to have a material impact. Even in the few states that determine trust tax residence on the basis of beneficiary residence alone, it will be important to consider the particular circumstances of any given situation. Recall that in Kaestner, there were reportedly no contacts with the State other than the beneficiary’s residence.

Yet, with the Kaestner decision, there is now one more ruling, and a ruling of the U.S. Supreme Court, that scrutinizes the relationship of a trust with a state sufficient to justify the taxation by the state of the trust as a resident. State tax authorities and trust taxpayers will continue to posture on the issue of state income taxation.

2. Because the North Carolina courts ruled based on the Due Process Clause, the issue of whether the Commerce Clause of the U.S. Constitution also prohibited the application of the tax was not addressed and the issue was dropped on the appeal to the U.S. Supreme Court. 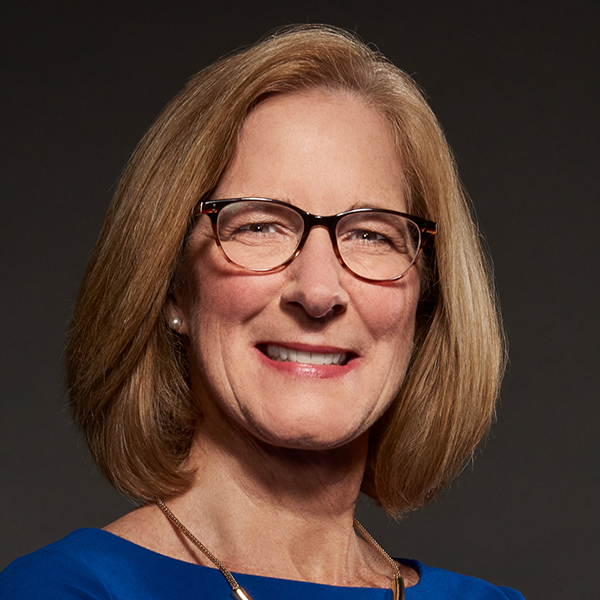 For business-owning families, there are few crossroads as significant as a potential sale. Planning and process can help increase the probability of a smooth, successful transaction.

Future Returns: Invest for Goals Instead of Returns

What questions should you be asking to develop a goals driven investment strategy? Katie Nixon shares her insight with readers about where their focus should be.

Giving Season 2019: Gifts that Transform, and Transformed by Giving

There is an array of non-financial and financial decisions to be made in order to maximize the full potential of giving.