Major world economies were hoping to put COVID-19 behind them before autumn fell over the Northern Hemisphere, but the virus has risen again with renewed vigor. While the U.S. suffers from a third surge in infections, European nations are struggling to find the right combination of measures to drive down virus numbers without inflicting another major economic injury. Monetary policy support is here to stay, but government support is set to wane in the U.S. and the U.K. The rest of Europe is still chalking out the details of its Recovery Fund.

The strong rebound in economic activity seen in the third quarter won’t be sustained; our expectations for the fourth quarter have been lowered. We reiterate our view that a return to pre-pandemic levels of output is a long way off in many economies.

Following are our views on how major world markets will fare during the balance of this year and next. 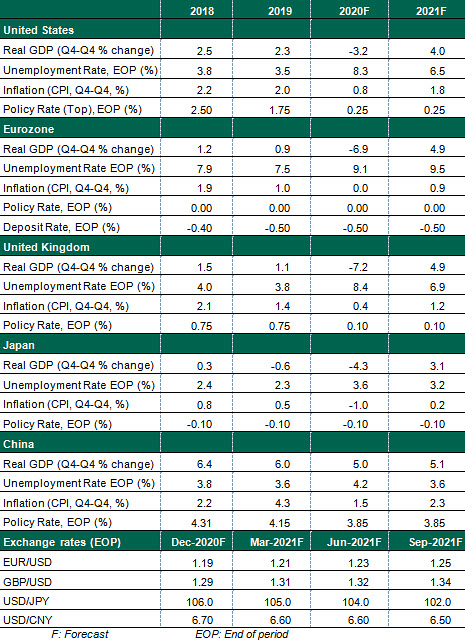 With COVID-19 cases rising and policy support fading, the recovery faces many risks.