Relief efforts measured in trillions of dollars are bound to have some positive effect. 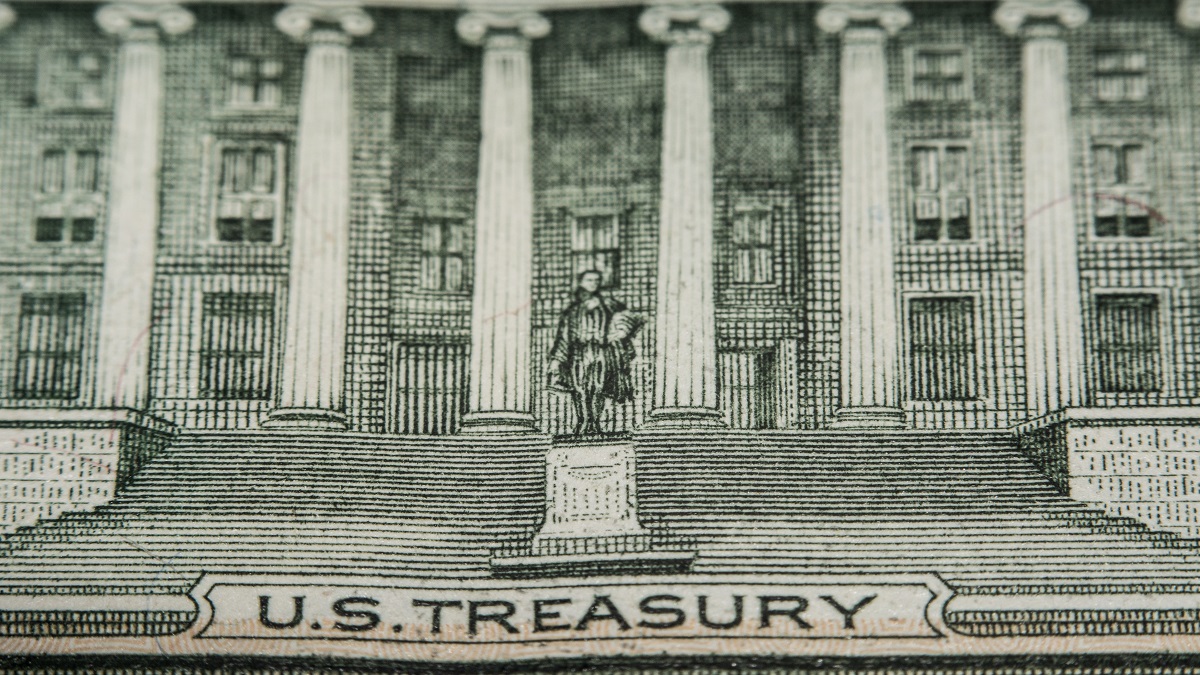 This is my third week of working exclusively from home.  To put it mildly, it has been challenging.  I spend all day, every day with my wife and our youngest, who was sent home from her university campus to complete the semester virtually.  That amounts to a lot of togetherness, which isn’t always a good thing.  We are competing with one another for hot water, treadmill time and broadband access.  Intervals where our wireless connectivity is interrupted are filled with sheer panic.

Some of the conversations I’ve shared recently about the economy are also laced with sheer panic.  Markets have been volatile, and the data are setting the wrong kinds of records.  I’ve tried to counsel patience and perspective, but the only cure is a strong policy response.  That response is finally starting to match the problem.

Viral outbreaks usually follow a predictable pattern.  Cases initially grow exponentially, before slowing down as patients recover and serve as barriers to further contagion.  (This is referred to as “herd immunity.”)  The pace and duration of contagion are dependent on many things, one of which is the frequency with which we come into contact with one another.  Public health officials around the world have consequently implemented social distancing measures of varying severity.

Sheltering in place minimizes the risk of infection, but is nonetheless damaging to commerce.  Businesses that feed us, entertain us, transport us and provide a range of other services have been severely impaired.  Some have been forced to close, leading to an increasing volume of layoffs.  Initial claims for unemployment insurance in the United States hit a record level this week, which was four times the previous mark.

Incoming global indicators over the next few weeks will paint a similarly dire picture.  Many countries, including the United States, are entering a recession.

There is certainly hope that the viral outbreak will be contained and that normalcy will eventually be restored.  But health officials, the private sector and consumers may remain hesitant for some time. This means that while a good portion of lost activity may be regained quickly, some sectors will lag, leaving a considerable number of businesses and workers at risk even after the virus transmission has subsided.

“Developed countries are busting their budgets to fight recession.”

To help, governments are stepping forward.  This week, the Group of Twenty (G20) nations pledged to collectively spend $5 trillion to hasten economic recovery.  Of that total, $2 trillion will come from the U.S. Coronavirus Aid, Relief and Economic Security (CARES) Act, which moved through Congress this week.  The bill includes a number of interesting features:

All of these elements should provide a short-term financial and psychological boost that is urgently needed.  We’ll be discussing the packages in detail in the weeks ahead.

In the medium term, the U.S. government has now joined other countries in putting Modern Monetary Theory into operation.  The lines between fiscal and monetary policy have been blurred: the Department of the Treasury is providing $450 billion in seed capital for the Federal Reserve to use as leverage to buy loans and investments.  These purchases will be designed to help the economy and the financial markets recover.

Reciprocally, the Fed will undertake open-ended quantitative easing, which will absorb a good fraction of the Treasury bonds that will be issued to pay for the congressional stimulus program.  This will help interest rates remain in reasonable ranges.

“Modern Monetary Theory has been made operational.”

Purists will certainly feel uneasy about this apparent compromise of central bank independence.  But with interest rates at zero in most major markets, traditional levers of monetary policy have been exhausted.  Financing fiscal efforts is the best way for central bankers to continue to pursue their mandates.  And it is worth noting that central banks have historically played key roles in lending during periods of crisis.

It will certainly take some time to open these new financing channels and get capital to the companies and markets that need it most.  Bureaucracies move slowly, and will move even more slowly while operating under public health restrictions.  As a result, the economic recovery may not take deep root before late summer.

Some components of the government stimulus programs will not work as well as others.  But the efforts are scaled to match the substantial challenges we face.

Similarly, I have tried to scale my responses to my family’s current challenges.  I tried ordering a bigger water tank, another treadmill and a faster router.  Unfortunately, everything is on back order.  The misery index in my house is rising rapidly.

The 50 U.S. states vary widely in their geography, climate and customs.  But as this crisis unfolds, they have one thread in common: They are all in need of financial support.

Each state funds itself with some mix of taxes.  Most of these revenue sources are facing a crunch as recession takes hold:

States entered the crisis in a precarious funding situation.  Many states struggle with their long-term pension obligations; the bear market has now placed further pressure on stretched pension funds, like the California Public Employees' Retirement System’s loss of $69 billion in asset value.

This revenue crunch hits just as demand for states’ public services is increasing.  As we saw in this week’s initial claims report, a record number of Americans have filed for unemployment insurance in the past week.  Unemployment programs are managed by each state.  While unemployment insurance reserves had been healthy from the recent run of good employment, no system was equipped to handle this unprecedented surge in demand.

States are also responsible for public health administration.  Each state manages a federally funded Medicaid program that makes healthcare available to the lowest earners.  Medical resources are in high demand right now, to phrase it mildly.  States with larger outbreaks, like New York and Washington, are in need of substantial support.

“States are on the front line of dealing with the coronavirus and its economic effects.”

The bill will also expand funding for public health.  About $150 billion will go toward supporting hospitals, purchasing additional supplies and paying for staff who are working overtime.  While cash cannot cure a disease, the need to continue funding medical care is of utmost importance.

Federal provisions of the CARES Act will also be of benefit to the states.  Checks to boost spending, programs to prevent business failure, and aid packages to public transit will all help limit local economic damage.  On the financing side, the Fed has taken steps to support the municipal bond market, which has been trading uneasily in recent weeks.

The global pandemic can be beaten with decisive local responses.  State governments are best-positioned to react to their local conditions.  Strong actions will be rewarded, but strong funding will be needed.

Emerging markets (EMs) were already reeling from COVID-19 and falling commodity prices.  Now, a lack of U.S. dollars is emerging as a potentially existential threat for a number of countries.

The flow of dollars has declined in several EMs, owing to disruptions in international trade and falling commodity prices.  Fears about prospects in vulnerable countries have led to capital outflows that exceed what was seen in the 2008 recession.  Cash-rich businesses and financial institutions in emerging countries are compounding the currency crisis by hoarding dollars to service their debt obligations and ensure business continuity amid the collapse in revenue.

Nations suffering a dollar crunch will find it hard to cover their import bills, likely causing inflation and a balance-of-payments problem.  While some are better placed today than in 2008 (in terms of foreign reserves, currency account deficits, banking capitalization and regulation), others, particularly in Africa and Latin America, are overwhelmed with dollar-denominated debt. Their failure to adopt sound fiscal management during better times is now proving expensive.

Should current circumstances continue, governments and corporations in emerging markets will struggle to service their obligations, raising the possibility of defaults.  Banks in some developing countries may not be able to sustain the flow of credit.  These outcomes could lead to liquidity crises, cross-border bankruptcies and cut-rate sales of risk assets.  The pain of such a scenario would not be confined to the country in question: global investors could also endure substantial losses.  Problems in emerging markets could quickly become everyone’s problems.

“Defaults in emerging markets will have global implications.”

The Fed’s reactivation of dollar swap lines to other central banks should help ease strains in dollar funding markets, but these may not reach those emerging markets most in need.  Emergency funding from international institutions, like the International Monetary Fund and the World Bank, will also serve as a backstop.  More than 20 countries have already reached out to the IMF seeking crisis financing, and others will likely follow soon.  Assisting them will require large sums of political and financial capital.

Just one shock can be enough to shake the foundations of an economy.  Today, some emerging economies are facing multiple shocks that they will struggle to withstand.  Should they fail, the aftershocks on the rest of the world could be significant.

Substantial fiscal policy is the best economic prescription for COVID-19.