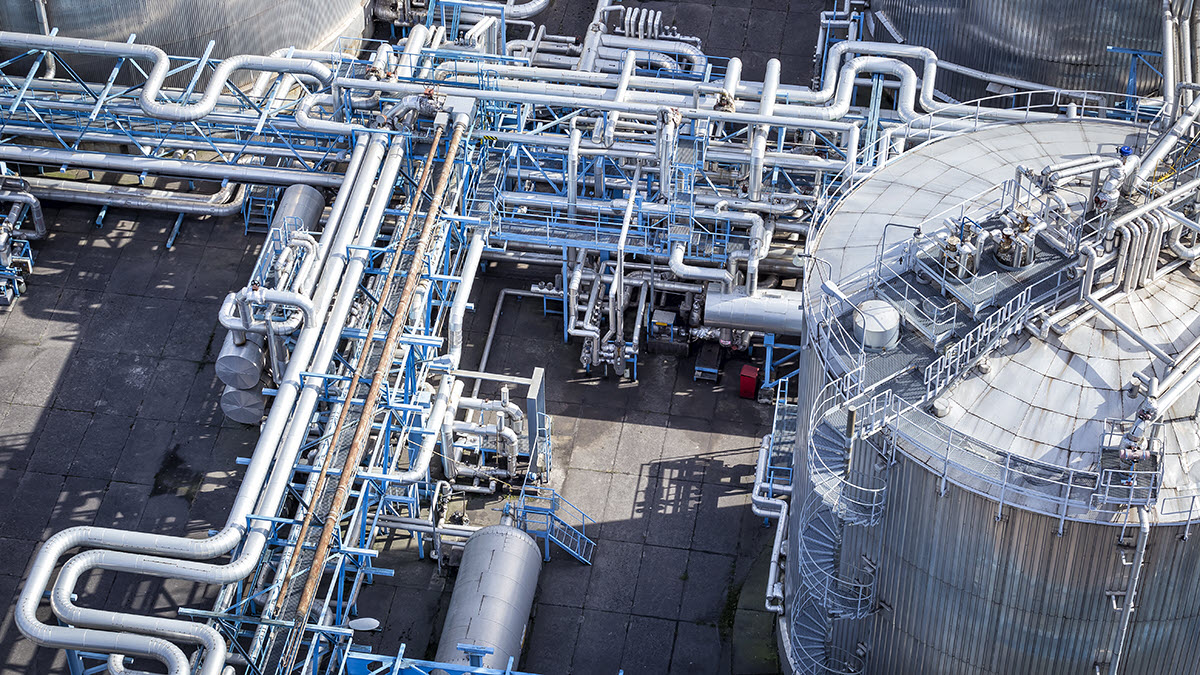 Here in Chicago, the change of seasons often occurs in an afternoon.  One moment, we are sitting outside enjoying a barbecue; the next, we’re pulling on parkas and pulling out the soup pots.

This year’s change of seasons may provide a sudden financial transition, as well.  The cost of natural gas has been skyrocketing this year, and homeowners may be in for a rude awakening when they open their utility bills in the coming months.

As always, the main two factors behind this development are demand and supply.  Global usage of power fell by 1% in 2020, but the accelerating economic recovery has increased demand among both businesses and households.  The International Energy Agency (IEA) estimates that electricity demand will grow by 5% this year and 4% next year.  Natural gas accounts for about 25% of global power generation, and about 40% in the U.S.; hence, its price has increased.

The long-term weather forecast is also at play.  The U.S. Climate Prediction Center has assigned a high probability to a colder-than-average winter in the northern hemisphere, which will increase demand for natural gas to heat homes.

Natural gas supplies have been increasing very slowly, however.  The United States is the world’s leader in gas production, and prices in the U.S. are far lower than they are elsewhere in the world.  But a number of American producers have been forced to the sidelines during the past two years by relatively low prices, increasing regulation and much tighter financial conditions.  According to industry sources, more than 100 U.S. oil and gas producers have gone bankrupt since the start of the pandemic.  The number of active natural gas production rigs peaked at over 200 in 2019; today, that number is less than 100.

Natural gas in Europe is four times the price seen last spring.  Western Europe, with very few proven gas reserves, is highly reliant on imports from the United States, Russia, and others.  While the controversial Nord Stream 2 pipeline has been approved by European authorities (controversial because of fear that Russia will use gas supplies as economic leverage), Russia may limit flow to conserve its gas for its own use.

The increasing attention given to the long term effects of climate change is also having an impact on today’s energy prices.  Investors have increased their demand for assets that are “greener,” preferring  industries and firms that have low carbon footprints.  Regulators have asked banks to review their credit portfolios to determine the sensitivity of borrowers to the impacts of climate change.  In most cases, energy firms fall into the “browner” categories, which makes raising capital more challenging.

While well-intentioned over the long-term, the trend toward environmental, social, and governance (ESG)-driven investing is creating challenges for natural gas prices in the short-term.  While alternative energy sources like wind and solar power are growing rapidly, the world will remain reliant on fossil fuels to some degree for a long time to come. 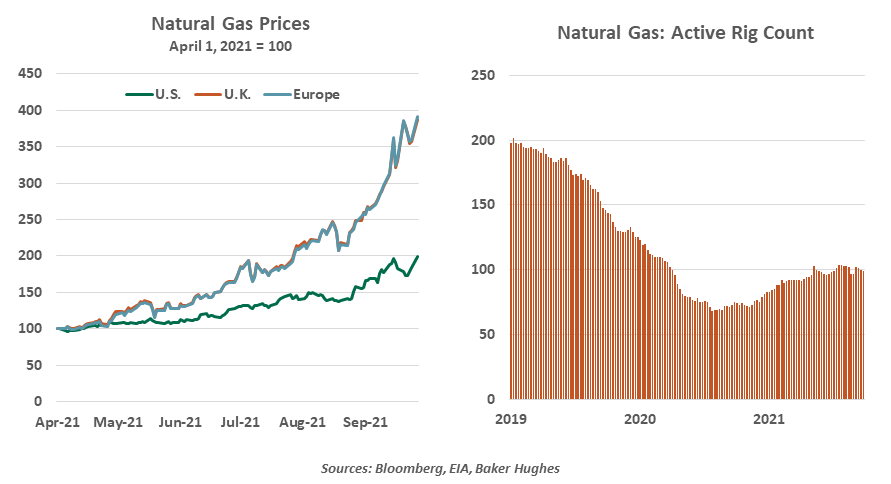 Failure to sustain a reasonable level of investment in oil and natural gas will not only make power more expensive for consumers, it will motivate additional use of coal to generate electricity.  According to the IEA, carbon emissions from the electricity sector – which fell in both 2019 and 2020 – are forecast to increase by 3.5% in 2021 and by 2.5% in 2022, which would take them to an all-time high.  In this strange way, policy that promotes better climate outcomes in the decades ahead can produce worse outcomes in the years ahead.

The impact of higher heating costs will be more modest for me than it will be for others.  My wife would be perfectly fine if the temperature in the house were 60 degrees Fahrenheit, and she often turns the thermostat to that level surreptitiously.  Some of the saving we will realize on our energy bills will have to be reinvested in a new parka for me, which I will be wearing at all times.