Central banks are responding to higher inflation, but what if they are acting too late? 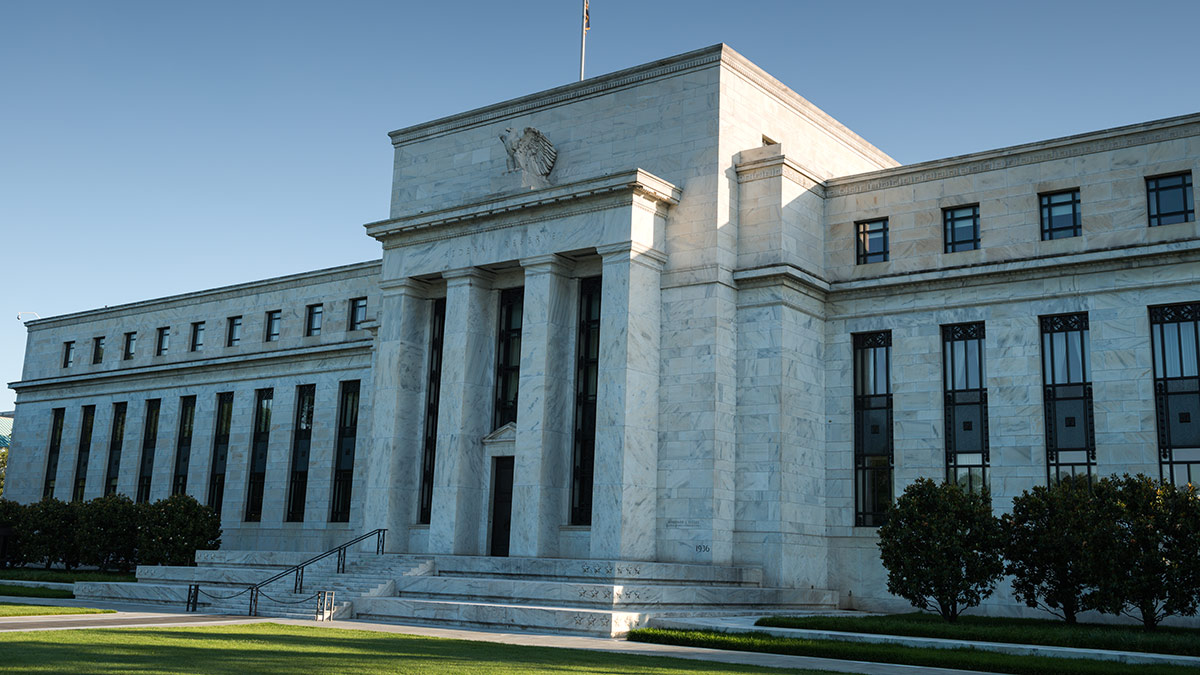 The phrase “behind the curve” originates from aviation. The “power curve” maps an airplane’s speed to the thrust applied by the engine. This relationship varies with conditions; being behind the power curve can risk stalling or damaging the plane.

A variant of the expression is based on the Gaussian bell curve, which maps a normal distribution. A decision-maker with insight that is below average is said to be behind this curve.

On both fronts, there is growing concern that the world’s central banks are behind the curve. Critics contend that the insight being used to set monetary policy is lagging, and worry that failure to reduce the thrust applied to the economy could allow damaging levels of inflation.

Several important monetary policy meetings took place this week. Inflation was the central topic on each agenda; price levels are escalating very rapidly in most countries. Expectations of inflation have also been moving up, although at a more measured pace. While each country’s experience is somewhat different, all are dealing with a handful of common factors:

When inflation began to jump in the early summer, the term “transitory” became a staple of the central banking vernacular. Demand was well out in front of supply, but the latter seemed poised to catch up. That process has been much slower than anticipated, though, leading to the uncomfortable question of how long something has to persist before it is no longer transitory.

According to Federal Reserve Chairman Jerome Powell, transitory is anything that is not permanent, which does not provide much insight into how long it will take for inflation to recede. The longer this takes, the more likely that a wage/price feedback loop will develop.

There is considerable divergence among inflation forecasts. But there is near-unanimity that inflation risk is on the upside. That risk led the Bank of Canada to adjust its quantitative easing program last week, and the Reserve Bank of Australia to follow this week. Investors have come to expect more interest rate hikes, sooner, from both the Federal Reserve and the Bank of England. 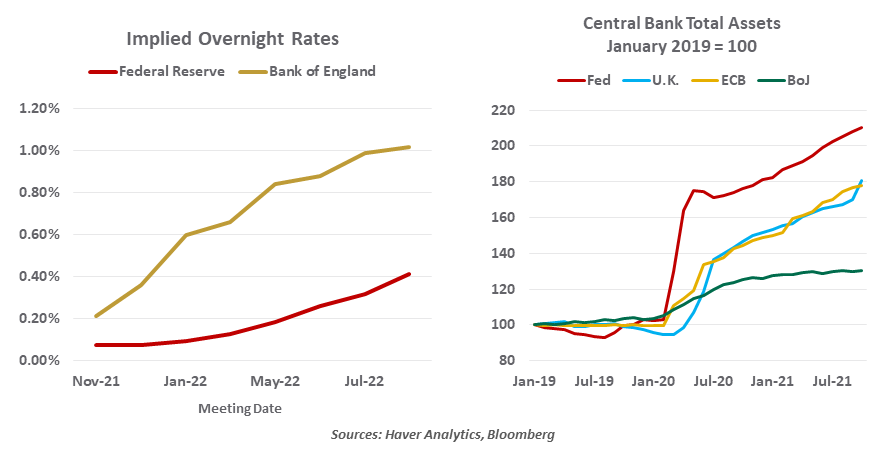 The Bank of England opted to hold rates steady at its meeting this week, but also projected British inflation of 4.5% in the middle of next year…far above target. A hike can’t be far off.

The Federal Reserve initiated a reduction in its asset purchase program this week, but suggested that interest rate increases were not under serious consideration. In this regard, the Fed is behind other central banks, raising the risk that they may have to catch up rapidly next year if inflation proves more persistent.

The approach taken by the Fed mirrors their actions of seven years ago, when tapering and tightening were separated by a considerable distance. But this business cycle is nothing like the last one; descent and recovery have been much more rapid this time. The shape of policy retreat should match current, not past circumstances.

Defenders of the go-slow approach note that labor market recoveries are not yet complete. They attribute recent inflation surges to a series of overlapping supply shocks, which central banks can do little about. (Monetary policy has little power over natural gas supply during the winter, for example.)  But monetary policy can influence demand, the strength of which certainly deserves some credit for today’s elevated inflation.

Behavioral science may be playing a hand in the way central banks are operating. Recency bias is at work: we have had such a long period of subdued inflation that it anchors our expectations. And then confirmation bias, which leads us to place higher weight on incoming news that supports our views, leads us to discount alternative scenarios.

Forty years ago, these forces were working in the opposite direction: inflation was so high, it was hard to imagine that it would ever recede. But so it did. If central banks are to avoid finding themselves behind the curve, they’ll need to acknowledge the possibility that inflation is heading for the other side of the distribution.