The latest climate pledges are encouraging, but fulfilling them will be a challenge. 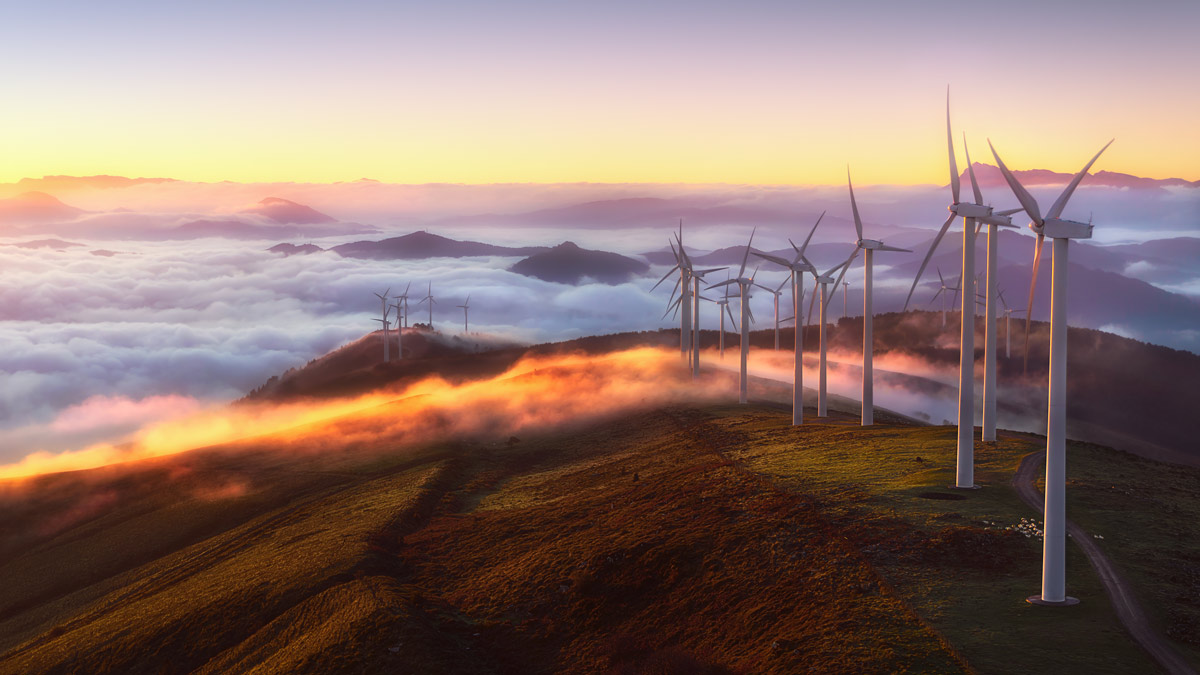 For almost three decades, the United Nations has been bringing together nations for climate summits called COPs, an acronym for Conference of the Parties.  Since the first COP meeting in March 1995, climate change has gone from being a fringe worry to a high-stakes global issue.

The 21st COP in 2015 produced the Paris Agreement, the first real international commitment to reduce emissions. Since then, the increasing frequency of calamitous climate events has made the need to address rising temperatures more urgent than ever. This was spirit that surrounded the COP26 meeting that took place in Glasgow in October.

Some new and unexpected pledges were made by nations that took part in the proceedings.  Most notably, all nations reaffirmed the Paris Agreement’s goal of limiting global warming to below 2°C above preindustrial levels and aim for 1.5°C by 2100. The Glasgow Pact reaffirmed the “ratchet” mechanism, which requires nations to update emission targets every five years.

Other highlights of COP26 included: 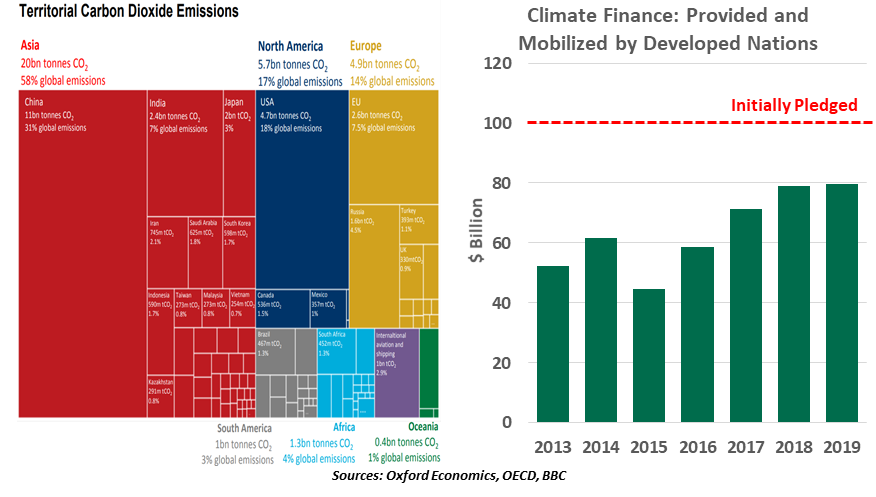 According to the Climate Action Tracker, commitment to all pledges and targets will likely limit the warming to 2.1°C by the end of the century as compared to a 4°C rise from unchecked climate change. That said, as seen in the past, making a pledge is one thing, and fulfilling it is another. There remains a substantial gap between what various governments have planned to do and what they have actually done to achieve climate targets.

For starters, a pledge made in 2009 to provide $100 billion annually to poorer economies by 2020 to support adaptation and transition has not been fulfilled. Phasing out fossil fuels and coal-fired power plants is crucial to decarbonization.  But coal continues to be an important source of power generation in many developing economies, particularly in Asia. And government subsidies encourage the continued use of carbon-intensive fuels: according to the International Monetary Fund (IMF), global fossil fuel subsidies amounted to $5.9 trillion or 6.8% of global gross domestic product (GDP) last year.

Similarly, the U.S. and the European Union made promises to cut their emissions roughly 50% below 2005 levels by 2030.  However, both governments have failed to enact appropriate policies to meet those targets.

Ensuring large emerging economies accelerate their transition away from a carbon-intensive model of development won’t be easy, especially without a significant increase in financing. Some developing nations like the Democratic Republic of Congo and Venezuela are almost entirely dependent on oil exports. The pandemic has left developing economies with piles of debt and less room to deploy additional resources to combat warming.  China and India, among the world’s largest emitters, have pledged net zero by 2060 and 2070 respectively, compared to the 2050 target set by several other major economies. The Asian giants were also responsible for watering down the language of the pact, including on the use of coal.

The IMF estimates that additional investments worth up to 1% of annual global GDP, amounting to a cumulative $20 trillion, will be required over the next two decades to achieve net zero targets by 2050. This need not solely be financed by governments: carbon pricing can be another useful tool to fight emissions. Only around 20% of global emissions are currently subject to a pricing scheme.   According to estimates, a price in the range of $40-$100 per ton (well above current levels in the markets for carbon) would be needed to incentivize net zero emissions by 2050. 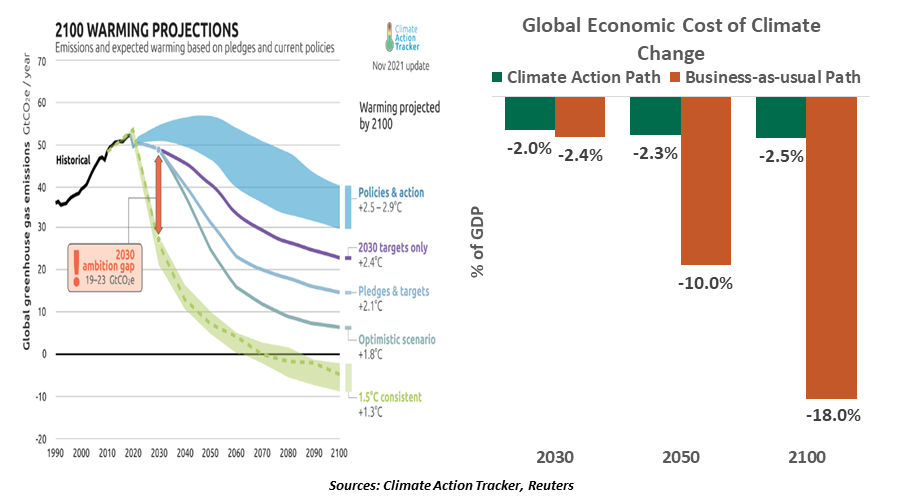 The cost of not adhering to climate pledges and targets will be high. The world is currently 1.2°C warmer than it was in the 19th century and is headed for a 2.4°C warming by 2100. Failure to control rising temperatures will lead to increased frequency and intensity of floods, fires, heatwaves and droughts.  Warming could push 132 million people into poverty in the next decade and displace over 200 million people from their homes. The number of people living in areas affected by extreme heat stress will likely rise from 68 million to around one billion.  Beyond the humanitarian costs, economic costs would also be very high. If unchecked, climate change will likely shave off 18% of global output by 2100.

Climate is a multifaceted problem. It calls for a comprehensive, multipronged response, including aggressive emission cuts by all nations, increased financing for energy transition, more research and development, and debt relief and liquidity for developing economies. Governments, businesses and investors will all have to play a key role if change is to come.

COP26 closed the gap on several issues, but participants will need to put their words into action if a worst-case outcome is to be avoided.

The new variant will test our ability to live with COVID-19.