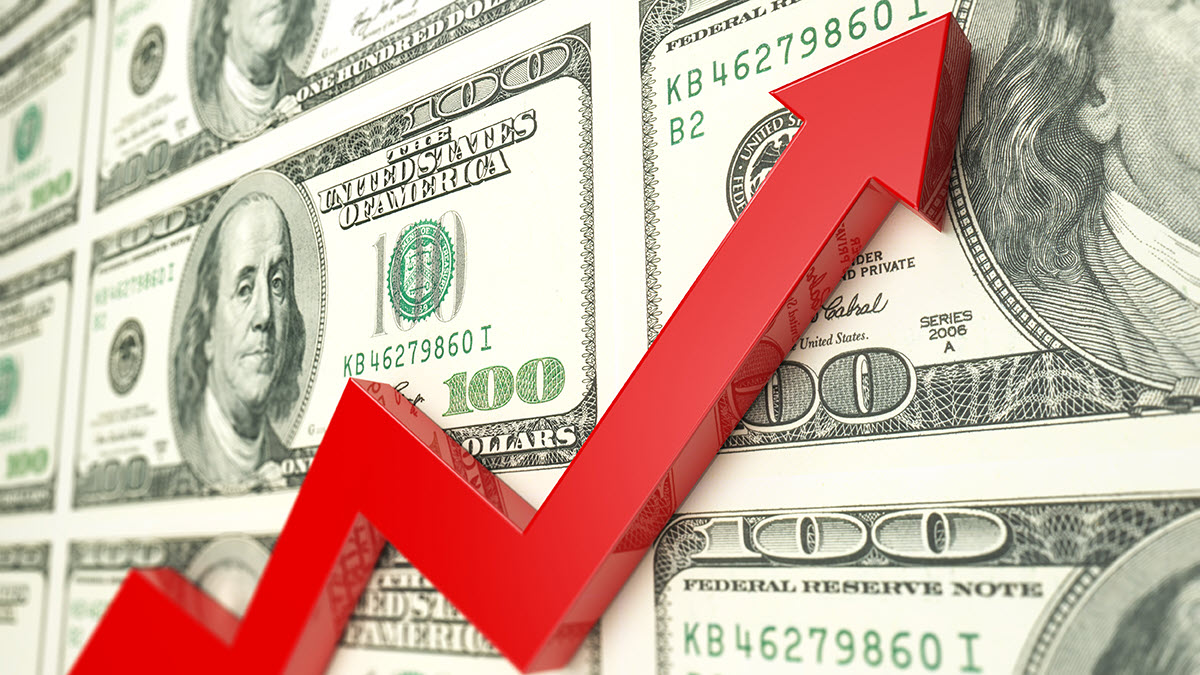 This week, the Federal Open Market Committee shifted the tightening cycle into a higher gear.  The Federal Funds Rate, at which banks lend reserves to each other overnight, was raised by 0.50% to a target range of 0.75-1.00%.  This was the first half-point increase in interest rates in more than 20 years.  The Fed also announced that its balance sheet will begin to decline in June.

The Fed’s announcements were well-signaled.  At the March meeting, one governor dissented from the initial quarter-point hike, saying it should have been 50 basis points instead.  Since then, every public statement by Fed speakers has indicated consideration or outright advocacy of a larger hike.  The minutes of the March meeting also included a plan to reduce the balance sheet, leaving open only the question of the when the paydown would begin.

At the press conference following this week’s meeting, Fed leader Jerome Powell gave unusually clear guidance: First, that the committee is inclined toward increases of 50 basis points at its next two meetings in June and July.  But he also set a boundary on how high the hawks will fly, saying that potential increases of 75 basis points were “not actively considered.”  That much precision about likely future meeting outcomes is not typical of the Fed.

Powell noted some encouraging signs on inflation. The deflator on core personal consumption expenditures, the Fed’s preferred price measure, has leveled off in its two most recent monthly readings.  However, he was quick to add that the fight against inflation is not done, as the core measure excludes food and energy, the strongest inflationary forces at the moment.  Fed staff are closely watching wages to track how systemic inflation has become. 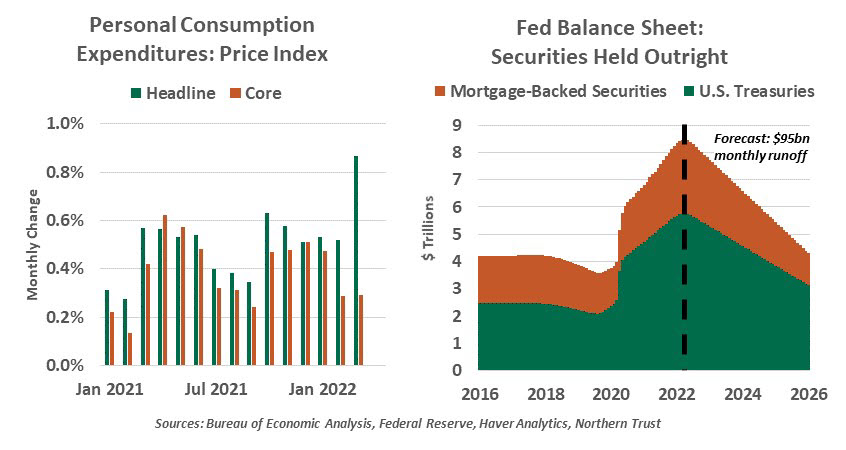 The meeting’s clarity gave a short-lived rally to risk assets.  Though rates rose by a big increment, it was well-signaled and is not yet a stress on markets.  The Fed Funds rate is still in accommodative territory.  Future increases may test the Fed’s mettle, especially if labor markets begin to show any weakness.  Powell observed the currently large surplus of job openings over job seekers, indicating there is room to cool demand for workers without pushing into job losses.

The press conference included a discussion of neutral rates, the point at which monetary policy is neither accommodative or restrictive.  FOMC members estimate the range of 2-3% will be neutral.  We find this instructive as to where this cycle is likely to conclude.

We now expect the Fed will move quickly to reach a terminal rate range of 2.75-3.00% early next year, then hold steady from there.  If needed, the Fed could raise rates beyond neutral to slow the economy, but such a decision would have to be weighed against the real risks of job losses and defaults as borrowing costs rise.  By the end of the year, it is highly unlikely that the economy will still face the same inflationary forces it is enduring today; the current urgency to act will dissipate.

At the same time, the Fed will allow securities on its balance sheet to mature without reinvesting their principal.  The process will start in June, eventually reaching rates of monthly decline equal to $60 billion of U.S. Treasuries and up to $35 billion of mortgage-backed securities.  This is tightening in a different form, and the Fed will carefully monitor how markets digest the loss of liquidity.

One other aspect of the Fed’s meeting stood out: Journalists were invited to the first in-person press conference following the easing of COVID-19 precautions.  Like most other decisions the Fed is making, it carries some risks but is consistent with an effort to return to normal.