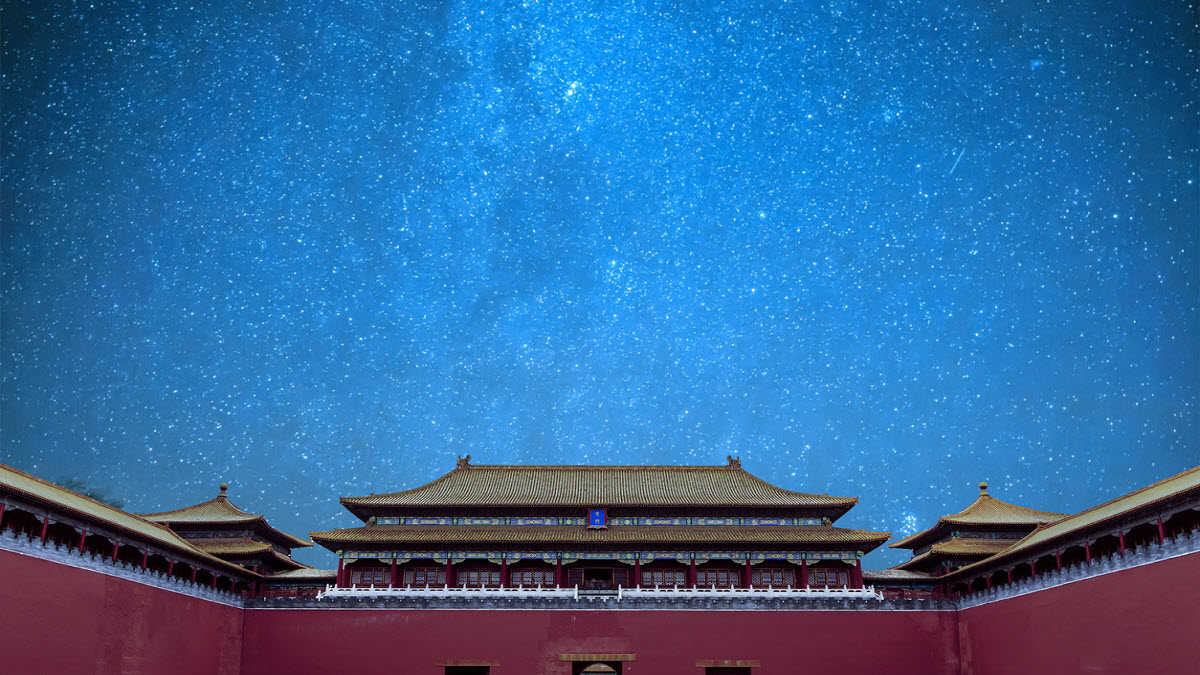 China has been in the limelight for all the wrong reasons lately.  Trading in its currency, the renminbi (RMB), is a new addition to the list.  China manages its currency more actively than many other countries with floating exchange rates, though the market still plays a role.  As a result, a nearly 4% depreciation against the dollar in less than two weeks (to its lowest level since late 2020) has attracted a lot of attention.  It brings back memories of 2015, when a surprise devaluation initiated panic among investors and anxiety in Washington.

The RMB depreciation is being driven by capital outflows, an economy slowed by prolonged COVID-19 lockdowns and tightening U.S. monetary policy. (The latter narrows the interest rate spread between American and Chinese bonds.) Beijing is a large importer of commodities: the disruptions caused by the Ukraine war coupled with the lingering threat of secondary American sanctions are also weighing on the RMB.

A weaker currency would boost Chinese exports, which should in turn lift economic growth.  However, the gains will be limited.  By one estimate, a 10% depreciation in the RMB on a trade-weighted basis leads to a 5 percentage point increase in exports, or 70 basis points in gross domestic product (GDP).  Moreover, western demand for Chinese goods will slow in the coming months as inflation weighs on incomes and households pivot to services consumption.  The question of whether China could get export goods to market through tangled supply chains is another concern.

The currecy depreciation is having unwelcome consequences.  Currency losses are driving a selloff in domestic bond and equity markets.  Another side effect Of the RMB’s weakness will be higher import costs and in turn, more inflation. 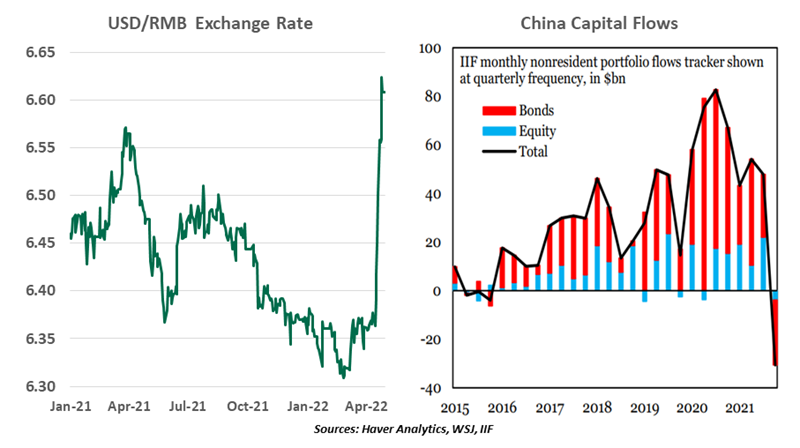 A weaker RMB has been part of the policy toolkit to support growth, but Chinese policymakers have been pushing back against sharp RMB depreciation.  Possibility of a broader selloff and higher costs coupled with risks of being labeled a currency manipulator prompted the People’s Bank of China to cut the foreign exchange deposit reserve requirement for banks last week.  Beijing has other tools at its disposal to control the RMB if it chooses to do so; it has a vast chest of foreign exchange reserves and could impose capital controls.

The recent devaluation of the RMB might not trigger a 2015-style panic.  But it has turned China’s trilemma of maintaining growth, containing COVID-19 and sustaining fiscal discipline, into a quadrilemma.