Emerging Markets: Tested By The Fed

Major EMs are more resilient to U.S. interest rate hikes today than they were in past cycles. 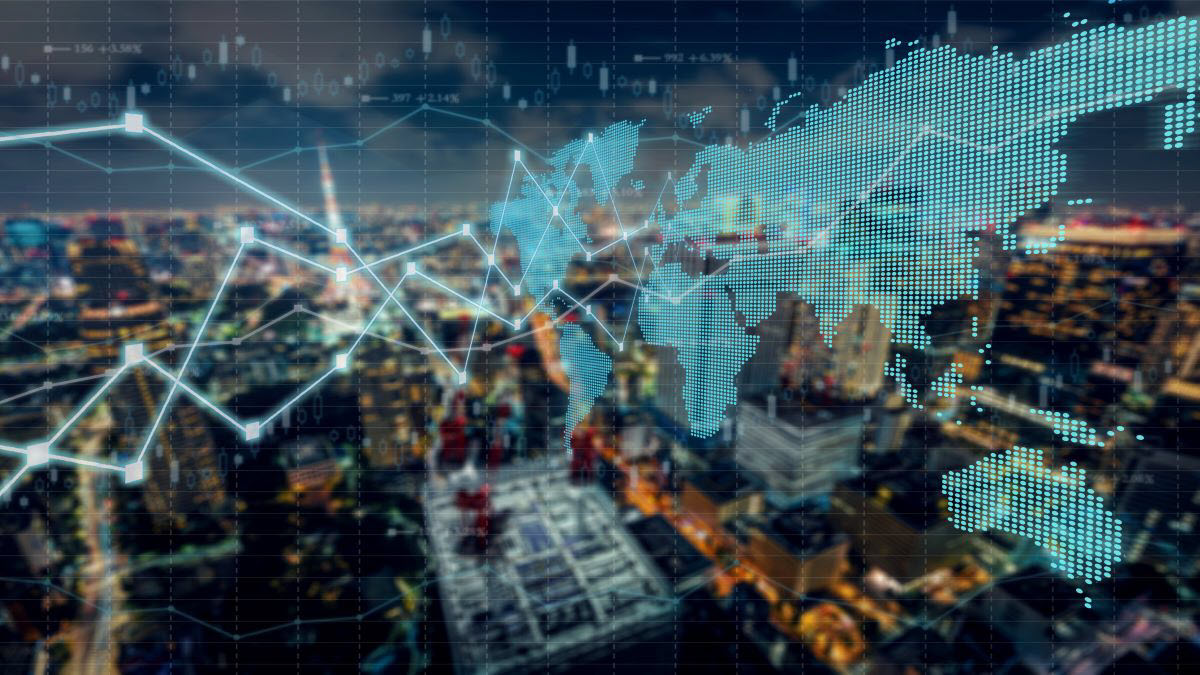 Tightening monetary policy in the U.S. has brought hardship for emerging markets (EMs) in the past, especially when it leads to a stronger dollar.  The Volcker disinflation era of the early 1980s led to a sharp increase in the occurrence of financial crises in EMs.  The Mexican currency crisis of 1994 and the 2013 taper tantrum also proved highly disruptive for many developing economies.

The current aggressive tightening cycle by the Federal Reserve has created turbulence in developing markets.  The MSCI Emerging Market Index is down about 20% compared with the S&P 500’s 12% decline year-to-date.  The dollar-denominated J.P. Morgan Emerging Market Bond Index Global Diversified has delivered a negative 18% return this year, on course for its worst annual performance on record.  Investors pulled over $50 billion from EM bond funds in the first half of the year, the highest net outflow in almost two decades.  Data from Dealogic shows that EM bond issuance has fallen 43% this year.

Rising interest rates in the U.S. lead to a depreciation of EM currencies, thereby increasing the cost of servicing dollar-denominated debt and reducing purchasing power.  This in turn triggers capital outflows from the riskier developing markets as higher rates in the U.S. make investment safer and more attractive.  The pandemic has left EMs heavily indebted with low fiscal cushioning to deal with any form of economic turmoil.  Debt owed to foreign lenders by low- and middle-income countries grew about 7% to $9.3 trillion in 2021.  Combined with tightening financial conditions at home and abroad, greater debt burdens could easily be a recipe for financial crises.

Even though some EM central banks have responded aggressively to fight inflation, they have still fallen short of keeping up with the dollar.  Going any further risks toppling fragile post-pandemic recoveries and inviting public discontent.

Despite the volatility and uncertainty about broader global prospects, there is hope that emerging economies will be able to stave off a full-blown crisis.  Some case studies are positive, such as EMs enduring the rising interest rate environment of the mid-2000s with few complications.  The optimism is also backed by relatively better macroeconomic fundamentals.

In general, EMs have larger foreign currency reserves, reduced external financing needs and relatively smaller current account deficits.  Diversification of their products and trade partners has made emerging markets more resilient.  Even those markets which continue to concentrate on commodity exports are benefitting from higher prices.

More importantly, four out of the previously labeled “fragile five” large emerging markets (India, Indonesia, Brazil and South Africa) are among the countries with increased resilience.  Turkey continues to remain the most vulnerable with higher outstanding foreign currency debt, thanks to its unorthodox and ill-advised policies. 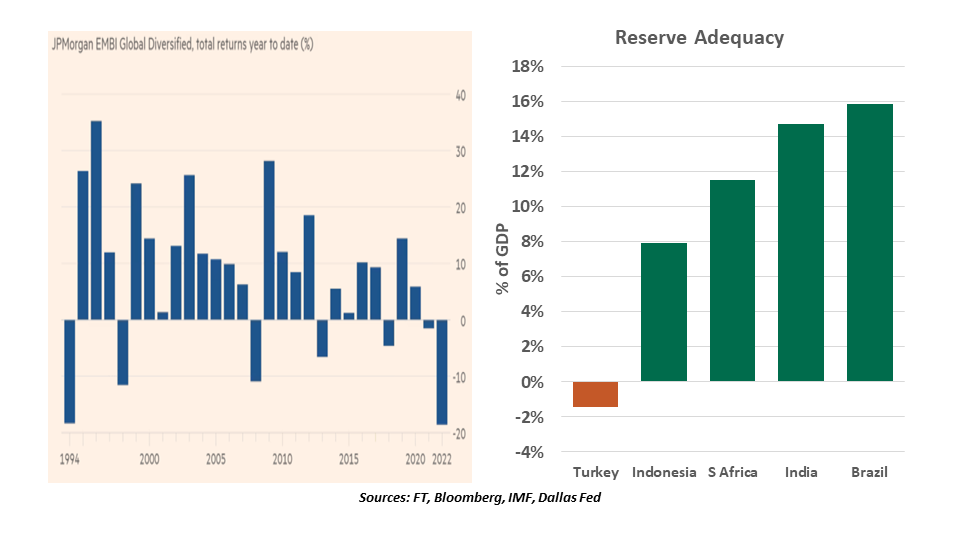 Reserve adequacy is an indicator of whether a country can service its debt without much distress.  It takes a nation’s foreign exchange reserves, subtracts short-term foreign-currency debt, and adds its current account.  Four of the “fragile five” look good by this measure.

But some smaller developing economies are facing bigger problems.  Sri Lanka is already in crisis.  Pakistan, which has avoided tackling essential reforms, is staring at one.  Ukraine’s finances have been strained by the war.  Thankfully, all three nations are in talks with the International Monetary Fund to negotiate a bailout or loans.

Fed hikes are rattling emerging markets.  Fortunately, the major emerging economies are not the ones facing the biggest risks, which provides some assurance against a systemic contagion.  That thesis might be tested, however, as the Fed isn’t going to taper off anytime soon.

Labor force participation is the greatest shortfall in an otherwise thriving labor market.

Premonitions Of The Pandemic