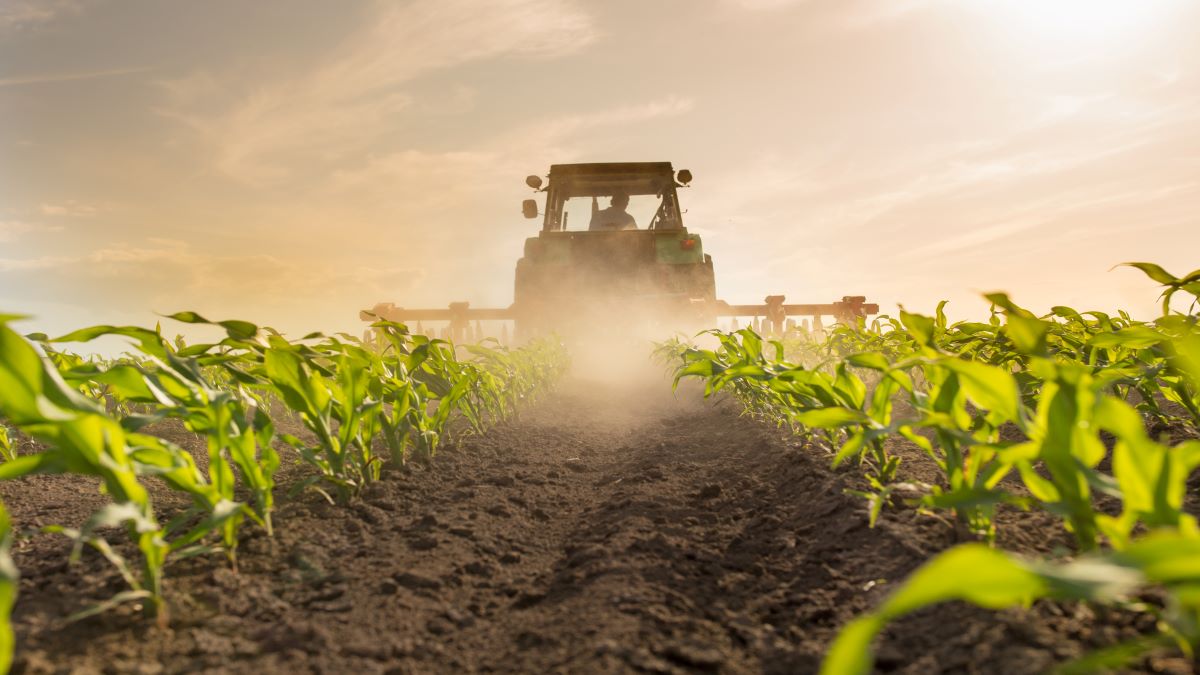 Last week, we discussed how the Russian attack on Ukraine will affect energy markets. But as we dive in deeper into the evolving circumstances, the conflict threatens to disrupt the supplies of a broad range of commodities from food to metals.

Russia is a key producer of agricultural products like wheat, fertilizers and sunflower oil. Ukraine is the second-largest grain exporter and a major shipper of sunflower oil; its fertile farmland earned it the nickname of “the breadbasket of Europe.” Together, the two nations account for 29% of global wheat exports, 80% of sunflower oil and 19% of global corn supplies.

Russia also has substantial reserves of metals including palladium, copper, nickel, titanium and steel. Moscow is the world's largest supplier of palladium and the second-largest source of titanium and aluminum after China. The prices of all of these have been surging.

Commercial shipping from Ukraine’s ports has been suspended after the attacks.  Russia suspended vessels on the Azov Sea, but ports remain open for navigation in the Black Sea, a key channel for grain, oilseed and metal shipments. It will be difficult to restore normal maritime operations while hostilities are active. There has also been speculation that Moscow could curb the supply of raw materials or commodities, but such a move would inflict more damage to the domestic economy as exports account for nearly 28% of Russia’s gross domestic product, with half in non-energy goods.

No direct sanctions have yet been announced on specific commodities or producers. This is likely a lesson learned from the 2018 U.S. curbs on Russia’s top aluminum producer, which led to global supply shortages and higher costs. But financial restrictions are likely to disrupt the flow of impacted commodities. As an example, China’s state-owned financial institutions are reportedly restricting offshore financing for purchases of Russian goods. 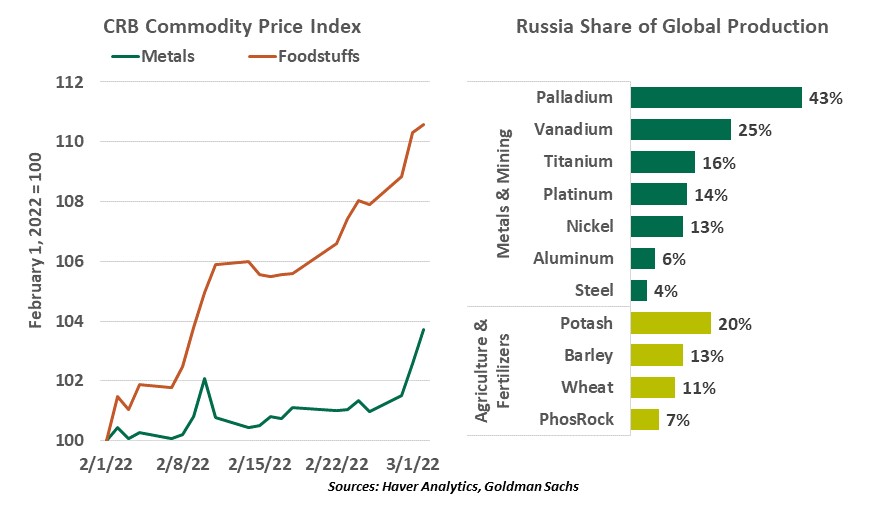 Disruptions in commodity sectors in which Russia and Ukraine have significant market shares will add to supply chain and inflationary woes, dampening growth prospects. Moscow’s titanium is a critical component of jet engines in the aerospace industry. Palladium is vital for automotive production. Usage of sunflower seed oil extends beyond the food industry to personal care items. Major agricultural markets like Brazil and China rely on Moscow for over a fifth of their total fertilizer imports. Finding alternate suppliers for some of these goods won’t easy.

Sanctions have the intent of inflicting economic pain to bring Russia to heel. If they lead to shortages of food and metals, the pain will spread quickly through the global economy.