How Inflation Went From Dormant To Dominant

Policymakers and forecasters were slow to change their mindset about inflation. 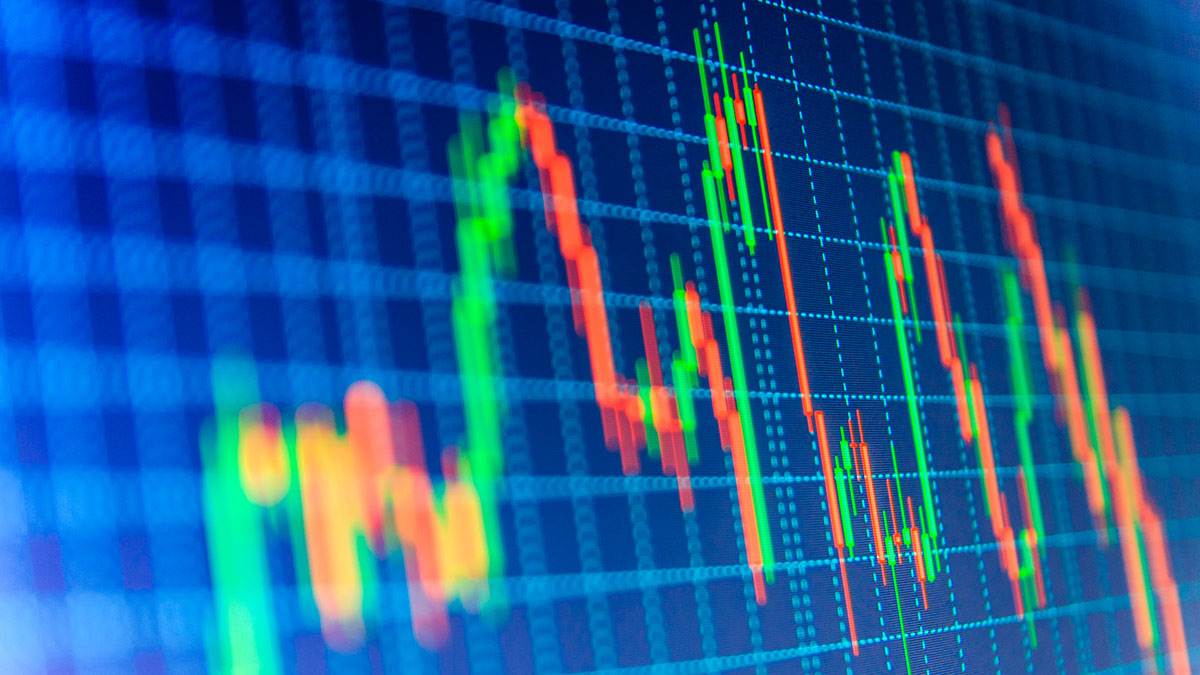 “How did you go bankrupt?”

Variations of this quote have been used to describe a wide range of descents that begin slowly before reaching a tipping point. Examples include the declines of empires, pandemics and (prospectively) climate change.

Today, the citation from Hemingway describes concern about inflation over the past year. At first, the risk was minimized; now, it is almost all we can talk about. Most policy makers were slow to react; more recently, they have been picking up the pace.

How could something that now seems so obvious have eluded the expectations of so many?  A trip back in time reveals that what is painfully apparent today was not easy to anticipate, and that central banks weren’t the only ones who underestimated the evolving threat.

Along those same lines, the current rush to revise expectations may ultimately be viewed as a miscalculation. A review of recent history and a tour through the major drivers of inflation may provide lessons for what lies ahead.

In early 2019, Bloomberg Businessweek led with an article entitled “Is Inflation Dead?” The image of a fallen dinosaur graced the cover. This commentary (and others like it) were informed by the experience of the 2010s, which saw extended economic expansions, very low levels of unemployment and muted increases in the price level. 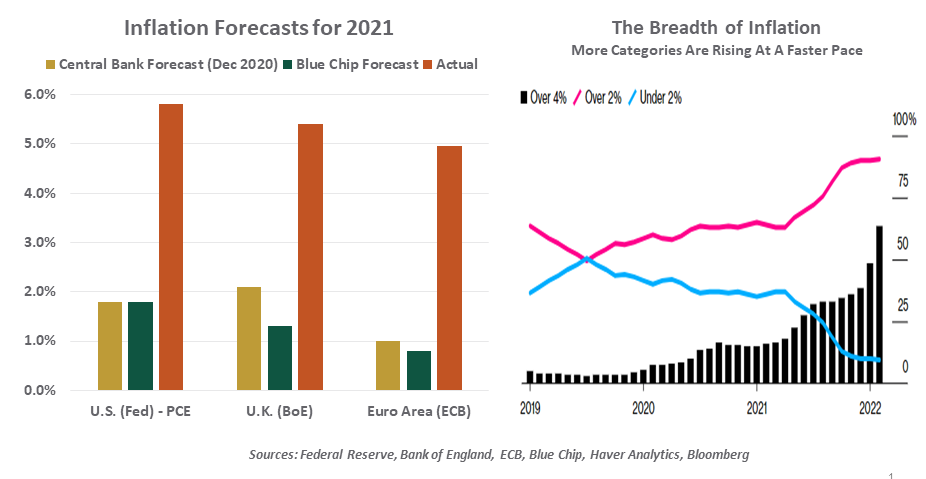 At the time, it appeared that powerful structural factors were governing inflation. Globalization had expanded; e-commerce gave consumers additional discretion; and technology had allowed firms to realize cost economies. From the perspective of 2019, it appeared that these trends had plenty of room to run.

Back then, central banks were concerned that inflation was too low. They fretted over falling short of their targets, and losing credibility for doing so. They warned about the risk of deflation, which was only a short distance away. To reorient, they adjusted their operating models to follow undershoots with overshoots.

The mindset that inflation was dormant was deeply ingrained within central banks and among private forecasters. This led to an anchoring of expectations that proved difficult to move away from. When the first signs of inflation appeared, they were dismissed as transitory. Idiosyncratic factors pushed a handful of prices sharply upward, but these were viewed as level shifts that would ease over time.

Economists gave greater weight to variants of the consumer price index that removed these aberrations, and comforted themselves that the situation was still under control. But as months went by, inflation broadened and deepened. This suggested a more systemic set of problems.

What are these factors, and why did so many observers underestimate them?  Leading the list of miscalculations are the following:

Partly as a result of the stimulus and partly as a result of advancing medical responses to the virus, activity in many markets recovered much more rapidly than anticipated. And yet government support continued to flood into the world’s economies, leading to an immense increase in saving. The demand that was generated off the back of those monies has stressed supplies and contributed to price increases.

It is easy to criticize policy in hindsight, with the benefit of information that was not available ex ante. Overheating was a risk that governments were willing to take. Fortunately or unfortunately, depending on your perspective, they got more than their money’s worth.

As we now know, just in time left little room for just in case. The initial lockdowns in Wuhan and Hubei had broad upstream and downstream consequences which brought manufacturing to a near-standstill. Frictions with overland and overseas transit mushroomed; shipping costs skyrocketed. Nonetheless, most analysts suspected that the world’s logistics experts would solve the problem and have things back on track within months.

Unfortunately, the state of supply chains is worse today than it was in the spring of 2020. New outbreaks of COVID-19 in China have forced lockdowns of major cities, and the war in Ukraine has created a whole new category of difficulties. It could take a very long time for things to untangle.

The number of homes for sale has been limited by shortages of building materials, which are the product of global supply chains. The excess of demand over supply caused prices to surge; in most countries, property prices gradually feed into the consumer price index. Even if house prices level off today, the impact on inflation could carry well into 2023.

COVID-19 seems to have prompted substantial changes in labor markets. Early retirements, medical limitations, reduced immigration, relocations and career re-assessments have limited supply. Demand for workers has surged, resulting in much higher wage gains. More and more employees have been emboldened to press their current employers or change jobs for better terms.

Also surprising has been the ability of firms to pass along higher costs to consumers. Pricing power is much higher than it was prior to the pandemic; households with excess savings may be less discerning. And as workers pay those higher prices, their wage demands could continue to spiral ahead.

The resolution to the conflict still seems a long way off. Even if an armistice is established, the repair of supply lines from Ukraine could take years. And the world seems intent on severing ties with Russia and its reserves of grains, metals and fuels.

In just three years, impressions of inflation have gone from being anchored at low levels to being anchored at much higher levels. In both cases, the anchoring may limit our ability to appreciate changes in direction.

It may be difficult to imagine, but there are good reasons to think that inflation could recede importantly over the next two years. Excess savings will be running down, and consumers could become more discerning. Firms facing labor shortages could redouble efforts to achieve higher productivity. Food and energy prices are unlikely to continue upward at their recent trajectories. Fiscal and monetary policy are tightening.

As we scan the incoming news, we need to give weight to developments that may not be consistent with our current perceptions. That is the only way to avoid shifts in sentiment that start gradually and then change suddenly.