The Power of Petroleum

Surging energy prices bring back memories of the 1970s. 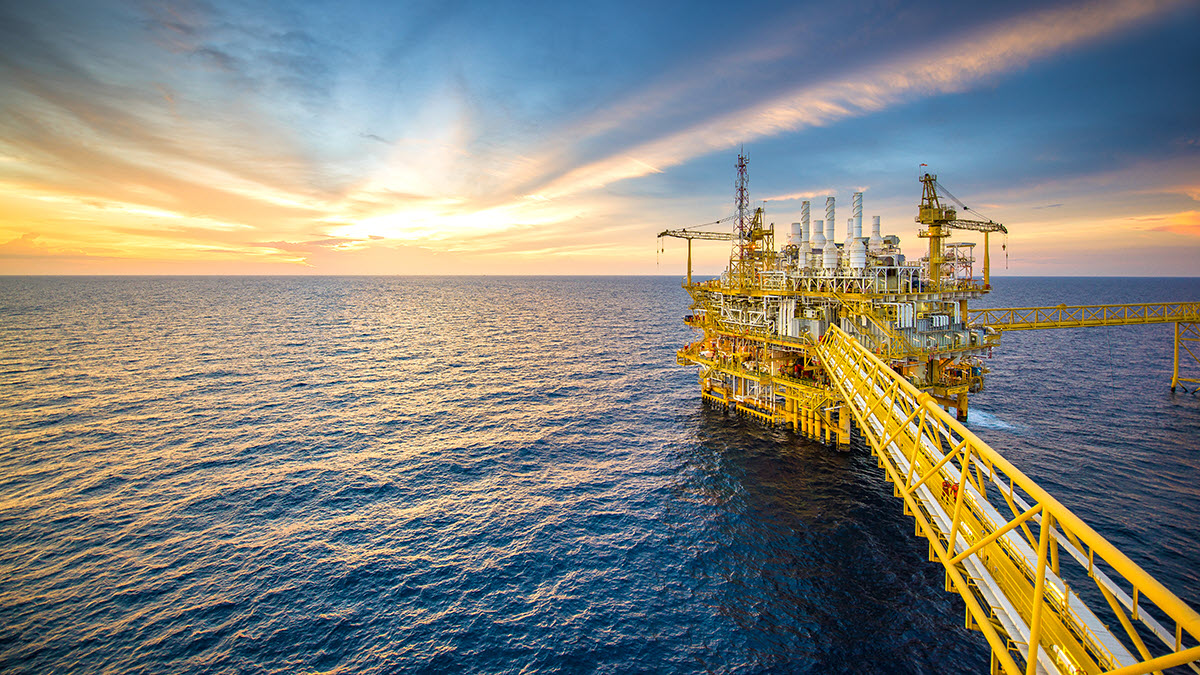 The supply of oil has been restricted, and gasoline prices have surged.  Motorists have limited options for avoiding rising fuel costs.  Policymakers feel the sting of consumer discontent, but can’t do much about it.  An inflationary spiral forms and becomes difficult to dislodge; efforts to control it result in a severe recession.

These were the circumstances as the U.S. economy moved from the 1970s into the 1980s, the last time that inflation was as high as it is today.  While the global oil market has changed dramatically over the intervening decades, the power of petroleum is still substantial.  Then, as now, overcoming an energy supply shock will be critical to containing inflation.

In 1973, members of the Organization of Petroleum Exporting Countries (OPEC) announced an oil embargo to punish the United States for supporting Israel in the Yom Kippur War.  The price of crude rose from $3 per barrel to $12 per barrel.  At the end of that decade, a second price spike occurred in the wake of the Iranian Revolution and a subsequent war between Iran and Iraq.  This sequence of events hit America hard, as its consumers and its industries were heavily dependent on imported petroleum.

Over the long term, the United States has reduced its dependence on Arab oil.  Investments were made to increase domestic production, and new sources outside of OPEC were developed.  The process wasn’t always smooth, but by 2018, American oil production had surpassed that of Saudi Arabia.  That progress diminished vulnerability to supply interruptions abroad. 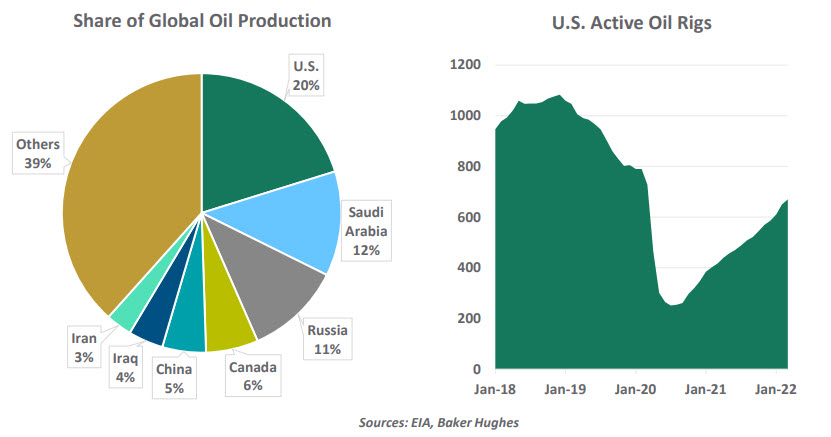 In spite of this progress, Americans have been coping with high oil prices since last fall, well before the war in Ukraine began.  On the demand side, economic growth has been accelerating, and declining COVID-19 cases have initiated “Reopening 2.0.”  More than two-thirds of petroleum products are used for transportation; the current surge in vacation plans will certainly add to demand for fuel.

The supply response has been slow.  U.S. shale producers struggled in the years prior to the pandemic, and slumped when it began.  Many of them found themselves in financial trouble; those that survived have focused on solvency and shareholder value as opposed to exploration.  The number of rigs actively pumping oil in the United States is 40% lower than it was three years ago.  While yield from the shale fields is likely to increase modestly this year, oil prices would have to escalate further to incent a more substantial increase in domestic output.

In an effort to support prices, OPEC reduced production significantly in early 2020.  The group has been very slow to restore normal flows, allowing members to recoup some of revenue that was lost to the pandemic.  As a result, crude was trading at a seven-year high before Russia invaded Ukraine.  Thereafter, prices jumped further, driven by uncertainty over production and distribution.

Russia accounts for about 11% of global oil production.  In the wake of the war in Ukraine, western nations have set out to reduce reliance on Russian output.  Sanctions will make it very difficult for Russian wells to acquire the equipment needed to sustain operations.  Moscow is trying to develop new markets and is selling oil at discounted prices to sustain market share.  The network of petroleum sellers and buyers seems poised for a major reorganization.

There has been quite a scramble to replace Russian production.  The United States has accelerated conversations with Iran, centered on allowing increased Iranian oil sales in exchange for limitations on Iran’s nuclear program.  The overture to Iran, however, has not gone over well with Iran’s rival in the region, Saudi Arabia.  Reports indicate that the Saudis are withholding some supply as a way of registering their discontent.

Most recently, the U.S. announced a release of 180 million barrels of oil from its strategic petroleum reserve to bring prices down to a more reasonable range.

There is much to sort out.  But it seems likely that demand will outstrip supply for oil in the near term, adding to the global inflation problem. 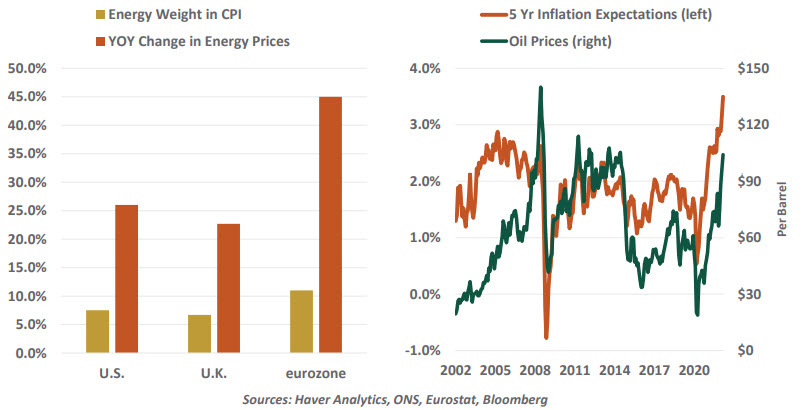 Energy prices have an awkward place in the inflation picture.  They account for 7.5% of the U.S. consumer price index, but they are routinely removed from “core” measures of inflation.  There is a certain rationale to this: energy prices can be quite volatile, and they can therefore distract from the trend rate of the price level.  But energy prices have an outsized role in the public consciousness, and therefore have a very close correlation with inflation expectations.

Oil prices also work their way indirectly into inflation through the costs of transportation.  This has added to shipping rates, which were already stressed by supply chain problems.  Analysts are expecting that significant fuel surcharges will be added to airfares this summer unless crude markets retreat.

Potentially most importantly, high gasoline prices add to costs of living and to the wages demanded by workers.  Compensation is rising more rapidly than it has in many years, and firms report an ability to pass these costs along to consumers.  This wage-price feedback loop can turn a temporary price shock into something much more permanent.

The development of alternative fuels is well underway.  But the process is much further along in power generation, which typically doesn’t rely on petroleum.  Innovations in electric vehicles will be central to curbing demand for oil; Europe is moving ahead briskly on this progression, with almost one in five vehicles powered by electricity.  But less than 1% of American vehicles run solely on electric power and only 5% are hybrids.

In sum, this isn’t the 1970s.  Inflation is about half what it was back then, and our vulnerability to oil shocks has been vastly reduced.  But both remain sources of considerable discomfort.

Governments Step In To Shield Consumers

Output is not falling, but the amount of energy required to fuel that activity is diminishing.