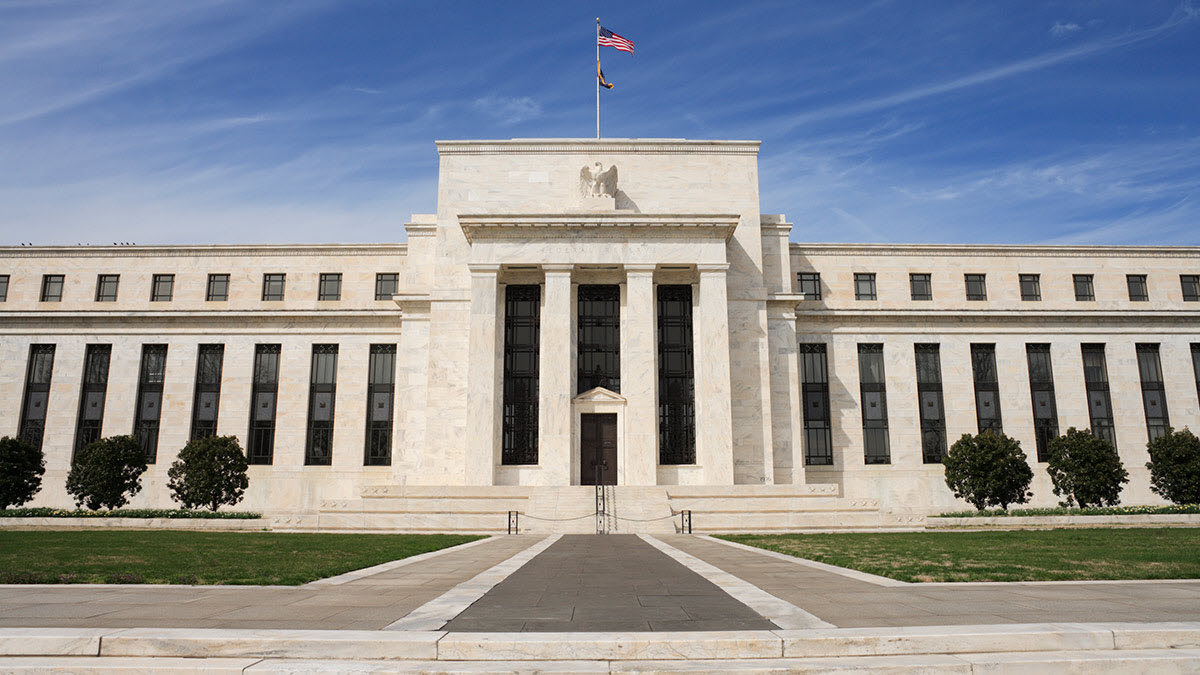 Inflation is threatening.  As a result, interest rates are quickly moving higher after being anchored at low levels for an extended period.  While forecasters are calling for a soft landing, there is concern that the Federal Reserve will overcorrect and cause a recession.

Want to escape the economic news?  Head over to the theater, where you can enjoy the box office smash “The Lion King.”

That’s right, the year is 1994.  Interest in that date has intensified recently, and not because Simba, Pumbaa, and Timon are making a comeback.  In 1994, the Federal Reserve began a tightening program that saw interest rates rise by 3% in a little over 12 months.  While the movement was aggressive, it did result in one of the few truly soft landings in American economic history.

With interest rates likely to rise at a comparable pace and by a comparable amount this year, analysts are studying the 1994 experience to anticipate what might lie ahead in the present day.  What they will find is that while the Fed got a lot of credit for its careful steering back then, the outcome may have had more to do with luck than skill.  That luck looks unlikely to recur, and the landing this time this may not be so soft. 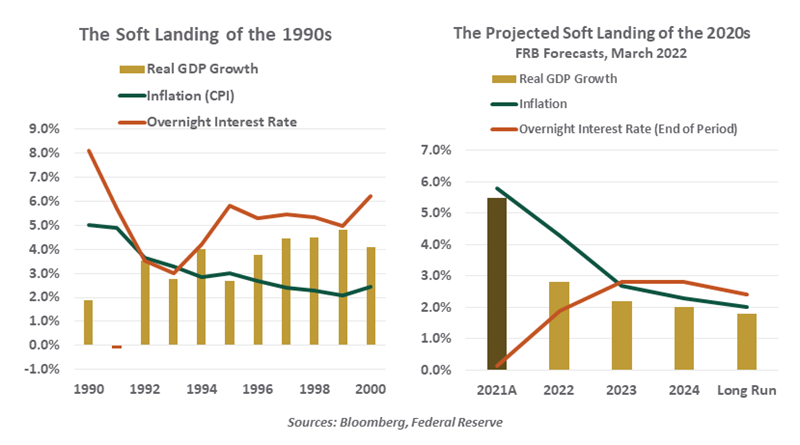 As 1993 closed, Alan Greenspan and his colleagues at the Fed were concerned.  The U.S. economy had recovered powerfully after a brief recession in 1991.  Unemployment was falling rapidly, and the utilization of capacity in the nation’s factories was rising rapidly.  Both were approaching levels that were thought to trigger higher inflation.

Back then, monetary policy worked with much longer lags than it does today; the role of the financial markets as a transmission mechanism was more limited.  The Fed therefore felt that inflation had to be addressed proactively; if you waited until it actually appeared, they thought, it was too late to do much about it.  That informed the decision to move interest rates up aggressively, to get out in front of the problem.

On the surface, it looks like the Fed nailed the landing.  Inflation decelerated; real growth exceeded 4% annually during the second half of the 1990s; and equity markets were three times higher at the end of the decade than they were at the end of 1994.

These outcomes increased the height of the pedestal beneath Alan Greenspan, construction on which had begun after his deft handling of the 1987 stock market crash.  Greenspan seemed to anticipate developments that others couldn’t; this was attributed to his almost unquenchable thirst for economic data.  A biography published in 2000 designated Greenspan as a “Maestro.”

On closer inspection, the Greenspan Fed was the beneficiary of considerable good fortune, which the current Fed is unlikely to enjoy.  Consider: 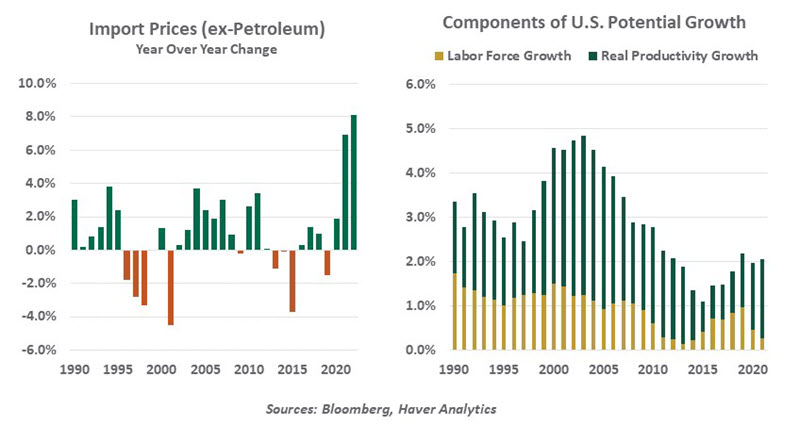 It also bears noting that the U.S. soft landing of 1994 was not soft for everyone.  The rapid increase in American interest rates created ripple effects that caught some investors off guard.  Orange County, California went bankrupt when its portfolio of complex investments lost more than $1 billion in value over just a few months.  The U.S. dollar strengthened substantially on the back of the Fed tightening, which ended up contributing to debt crises from Mexico to Thailand to Russia.  The Russian debt default initiated the failure of Long-Term Capital Management, which nearly brought down several American investment banks.

There are a series of emerging markets which may experience considerable discomfort as the Fed hikes rates this year.  Argentina, Brazil, Egypt, and Turkey are towards the top of that list; all of them struggled with the pandemic, and are being challenged further by the absence of imports from Ukraine.  We’ll want to watch the ripples as interest rate increases radiate around the globe.

None of this is to suggest that a soft landing is impossible this time around.  But the degree of difficulty is much higher than it was 28 years ago.  There won’t be much Hakuna Matata for the Fed in the months ahead.