Should the Fed Fear the Yield Curve?

The yield curve's movements are unlikely to change the Fed's course. 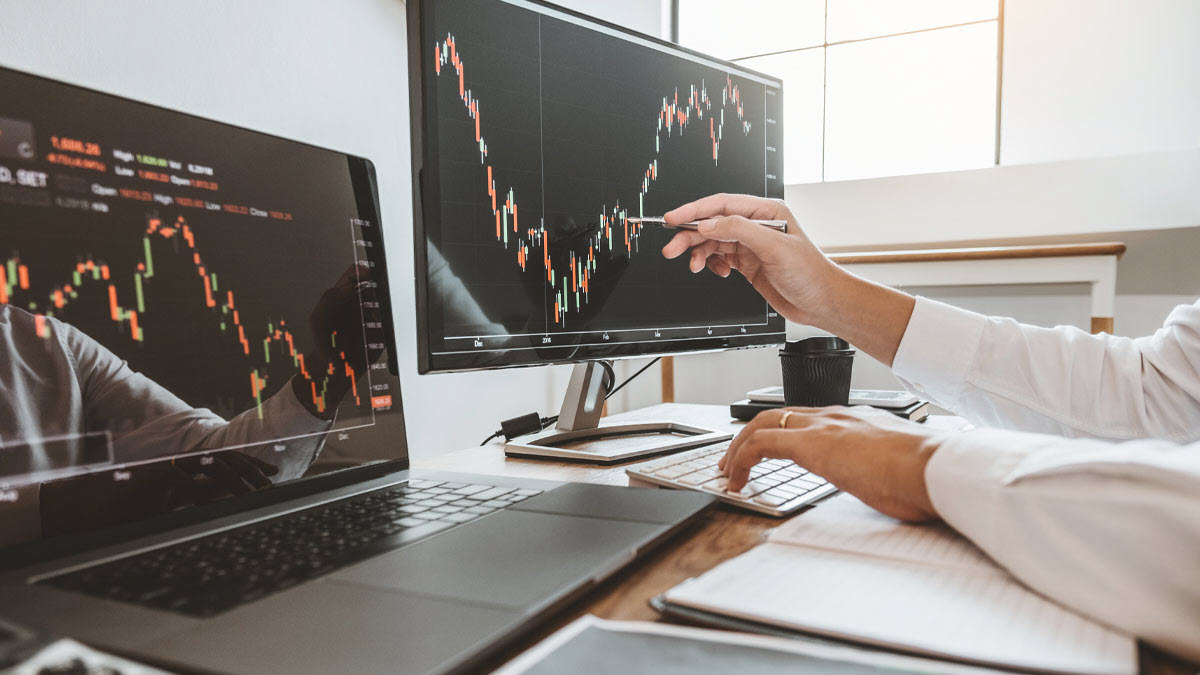 Last week, the Federal Reserve increased interest rates, and promised much more of the same in the months ahead.  The consensus among the Federal Open Market Committee (FOMC) sees overnight interest rates peaking at close to 3% before settling back down.

Tightening of this scale may be necessary to bring inflation to heel.  But it may also raise the risk of recession.  The Fed would certainly like to avoid this outcome, but may view the long-term economic costs of high inflation to be larger than the cost of a short downturn. 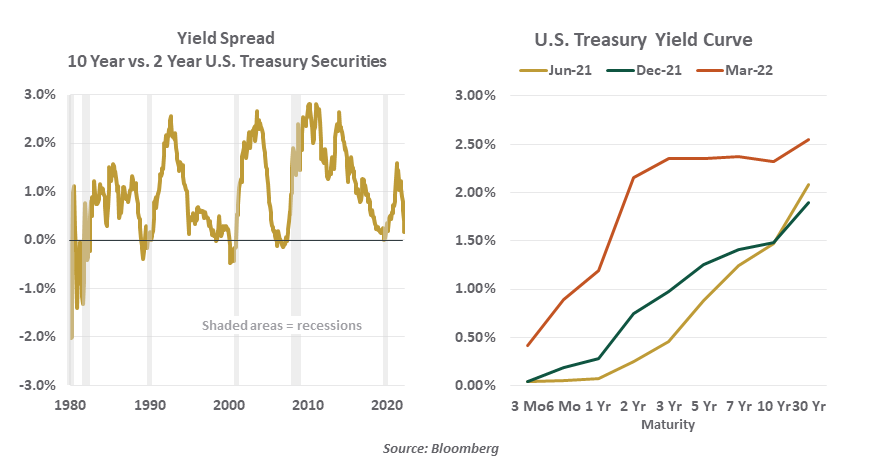 The intuition behind this juxtaposition is that central banks will have to retreat at some point in the future, which typically occurs when growth is faltering.  To be clear, though, there is no cause-and-effect.

A closer look at the history raises some questions about the signal given off by the yield curve.  There have been inversions which corrected without being associated with a downturn.  The lead time between an inversion and a recession is highly variable; it has been as short as three months and as long as 20 months.

Further, the triggers for several recent recessions have been sudden.  The invasion of Kuwait was a proximate cause of the 1991 recession; the dot-com crash was a catalyst for the 2001 recession; and the pandemic was solely responsible for the short recession we had in 2020.  None of those events was within the yield curve’s estimations prior to their occurrence, suggesting that inversion and recession could be coincidental.

There are a lot of factors that drive the pricing of long-term securities.  Prospective central bank strategy is just one of them; fiscal policy and the supply of debt play an important role, as well.  The ten-year Treasury note is a global safe haven asset, receiving inflows when risk is being reduced and losing them when investors become more aggressive.  Portfolios seeking to hedge interest rate risk will often use the ten-year tenor as a target point.  Given this myriad of influences, it is hard to infer clearly that inversions in the bond markets are recession forecasts.

Looked at broadly, today’s U.S. yield curve is anything but inverted.  With three-month yields of less than 50 basis points and 10-year yields converging on 2.5%, the overall slope is decidedly upward.  But most of the steepness comes within the first two years of maturities, consistent with the message that the Fed has been sending about its plans for monetary policy.  Thereafter, yields remain fairly steady, consistent with a soft landing.

On a technical note, interest in the 10-year Treasury from pension managers has been especially robust recently.  The general rise in interest rates has helped lift the ratio comparing future benefit payments to the assets set aside to cover them.  When this “funded ratio” approaches 100%, managers will seek to reduce risk and match benefit and bond cash flows.

Keeping all of this in mind, it is still useful to watch the shape of the yield curve, among other signals, for early warnings of recession.  But would a yield curve inversion cause the Fed to back off?  I am not at all sure.  Inflation is substantially higher than desired, and long-term price stability is a primary objective of monetary policy.  The longer that inflation remains elevated, the more likely that it will become deeply embedded in the economy.  Unearthing it at that point becomes very challenging.

Given the murky relationship between the yield curve and the business cycle, and the Fed’s intent to preserve its reputation, we expect them to keep interest rates moving up even if the yield curve turns upside down.