The size and timing of QT will depend on financial conditions and the evolution of inflation. 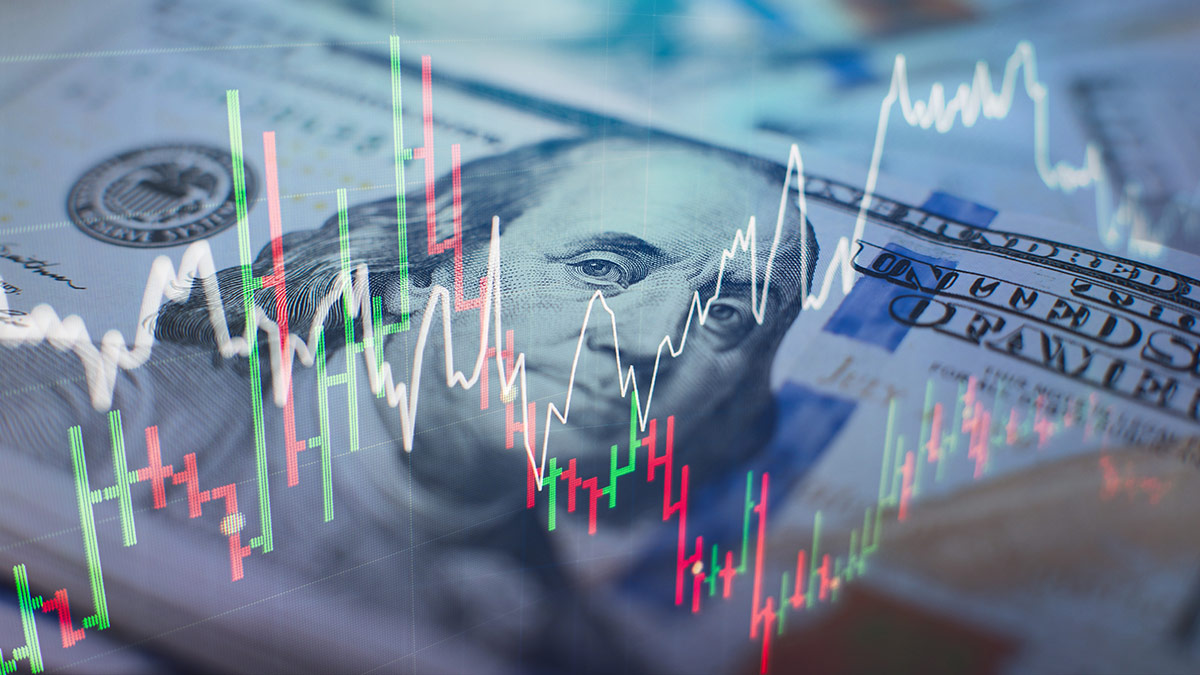 Doing something "on the QT" means keeping matters private, or out of view. "QT" in this expression is a truncation of the word "quiet," the state sought by the conspirators.

In the realm of monetary policy, "QT" is an acronym for "quantitative tightening."  The full term doesn’t exactly roll off the tongue, and even some market veterans have a difficult time explaining what it means. But we’re going to become more familiar with the concept soon, as central banks put QT into operation. The effort will hardly be a private one.

When interest rates reach zero, monetary policy has to turn to less conventional methods to stimulate activity. The strategy of choice in these circumstances has been quantitative easing, or QE. The United States first initiated this strategy in 2008, and other central banks followed. When the pandemic hit, QE was taken to a whole new level. 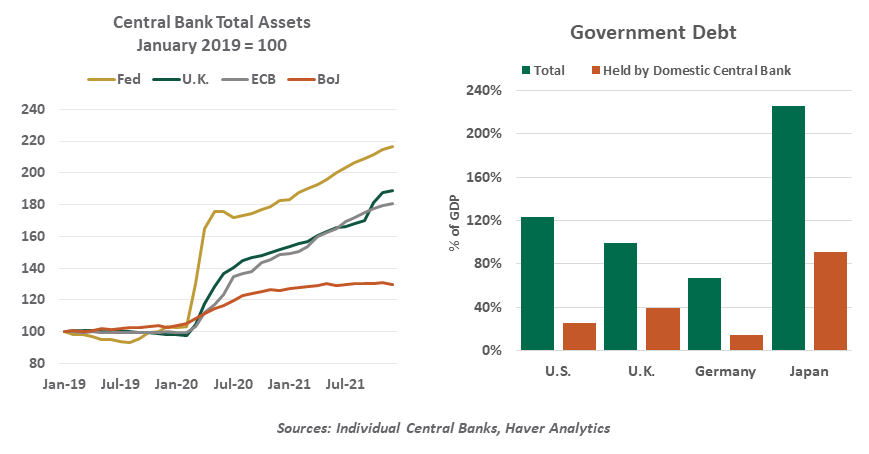 Under QE, central banks create money and purchase securities from the market. This stimulates economic activity in several ways:

Ben Bernanke, the former Chairman of the Federal Reserve, was a major proponent of QE. A student of the depression and deflation, Bernanke proposed QE as a solution to Japan’s deflation problem in a 2003 speech.

In a foreshadowing of what was to come, his remarks also covered the attraction of central banks and governments collaborating on stimulus efforts in challenging situations like the COVID-19 pandemic. QE programs during the past two years have help to speed economic relief, while substantially elevating the level of government debt owned by central banks.

The channels through which QE works are well-understood, but what is less well known is the magnitude of its impact on growth. There is relatively little history to study the interaction, and a good portion of that history has found the global economy under duress. This makes it very difficult to calibrate the optimal scale of the effort.

There is even less history on quantitative tightening. Under QT, a central bank reduces the volume of securities it owns, and thereby its balance sheet.(This distinguishes QT from "tapering," which is merely a reduction in the rate to which the central bank is adding to its balance sheet.) There is even less history available to calibrate this phase, and the history that we have may not be a good guide as to what might lie ahead.

Nine years after starting QE, the Federal Reserve announced its intention to reduce its balance sheet in October of 2017. By then, interest rates had been rising for almost two years; the feeling at the time was that the two levers of monetary policy should be pulled sequentially, not simultaneously. The process was to occur on a set trajectory, to give markets a clear sense of how demand for government bonds would be changing.

A critical variable in the process was what the steady-state level of the Fed’s portfolio should be, which depends on the demand for reserve balances in the financial system. A survey of primary dealers in government securities taken at that time anticipated that the Fed’s balance sheet would decline by about $1 trillion in the years ahead.

The Fed didn’t even get halfway there. By the middle of 2019, conditions in the money market were suggesting that liquidity was getting scarce. In retrospect, the influence of post-crisis bank liquidity and capital requirements may have been underappreciated. QT ended early…and shortly thereafter, the pandemic forced a reversal of the process. The Fed’s balance sheet is currently twice as large as it was in early 2020.

With inflation running well above comfortable levels, the urgency surrounding QT is much higher than it was five years ago. The Fed, among other central banks, has been hinting that it will not wait until interest rates have risen significantly before reducing its securities holdings. Another difference from 2017 is that the Fed’s portfolio is much more heavily skewed toward short-term maturities, meaning that it could achieve reductions quickly without having to sell out of positions.

How far should the Fed go?  That is very hard to anticipate. Based on the experience of five years ago, some analysts suggest that the balance sheet should settle in at about 20% of nominal gross domestic product. That would require portfolio reductions of at least $2 trillion over the coming three years, a very substantial amount. And as it is for other facets of monetary policy, the example of the last cycle may not fit this one very well.

Private investors would be expected to step up and purchase the supply that the Fed will be leaving aside. All else equal, this would raise interest rates on Treasury debt, and by consequence, on all kinds of debt. But by how much?  And how much would this impact economic growth?  These are significant unknowns.

And so while the markets would appreciate clarity on the parameters of QT, the Fed may not be able to offer them. The size and timing of the effort will depend on financial conditions and the evolution of inflation, among other factors. Fed Chairman Jerome Powell has said the Fed will remain "nimble" in its decision-making.

Given the uncertainty that surrounds the process, central banks might certainly prefer to keep their deliberations around QT on the QT. Unfortunately, they will be very much in the spotlight.

Restocking has resumed and will add to this year's economic growth.

The transition to clean energy will bring higher costs.