As the scientific community learns more about the transmissibility and virulence of the new COVID-19 variant, called Omicron, it’s too soon to judge the health implications.  But governments are not taking chances and have started to re-implement public health restrictions to avoid the worst outcomes.  Against this setting, concerns about growth and inflation have risen.

Our base case anticipates that the initial acceleration stage of the recovery is largely behind us. The exhaustion of pent-up demand should gradually reduce the stress on supply chains.  Workers, sidelined by the pandemic, should continue to return to the labor force.  But the new wave of infections could further disrupt labor markets and the flow of goods.

We expect growth to exceed its long-run potential rate in major economies, and inflation will remain elevated for most of next year.  This will prompt policy makers to wind down support programs.

This month’s edition offers a deep dive into the U.K. economy, which is battling a fresh wave of COVID-19 infections and lingering consequences of Brexit.  Elements of the British situation may be instructive for other markets. 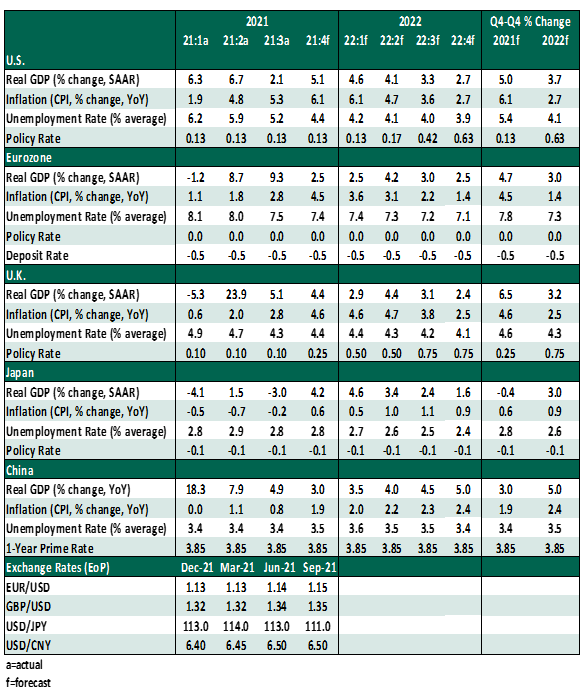