>Listen to the Global Economic Discussion

There is a sharp divergence in economic performance among nations at the moment.  We are seeing a rebound in advanced economies and weakening activity in emerging markets, driven in both cases by the trajectory of COVID-19 infections.

Rising vaccinations, easing public health restrictions, pent-up demand and accumulated savings have set the stage for a strong second phase of recovery in advanced economies.  The concern in these cases, especially in the U.S., is overheating and inflation. By contrast, elevated infections and renewed restrictions in major countries like India and Brazil show the pandemic is far from over.

The global recovery will not be complete without a sustained recovery in emerging markets, which contribute importantly to global demand and supply chains. New emerging COVID-19 variants remain a key risk for all nations.

Following is our outlook on how major economies are poised for this year of reopening. 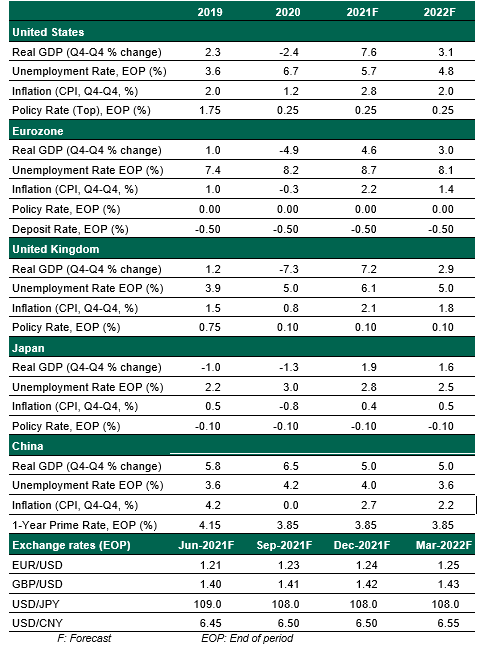