How One Family Instilled Purpose in Their Wealth Plan

James is a successful real estate developer and with his wife, Ellen, has three grown children. The couple is well-regarded in their community for their generous philanthropic contributions to arts organizations.

James is also passionate about supporting the underserved and, pulling from his expertise in real estate, has been integral in revitalizing several areas of poverty in his community.

After watching many of their peers’ children end up in contentious and public legal battles over their parents’ estates, James and Ellen agreed to put an estate plan in place that would avoid a similar fate for their own children. They would leave their entire estate to their foundation, save for the family mountain retreat in Utah, which would transfer to their children. James felt compelled to leave little to the children to ensure his legacy of hard work, charitable giving and living within one’s prescribed means would be translated to future generations. 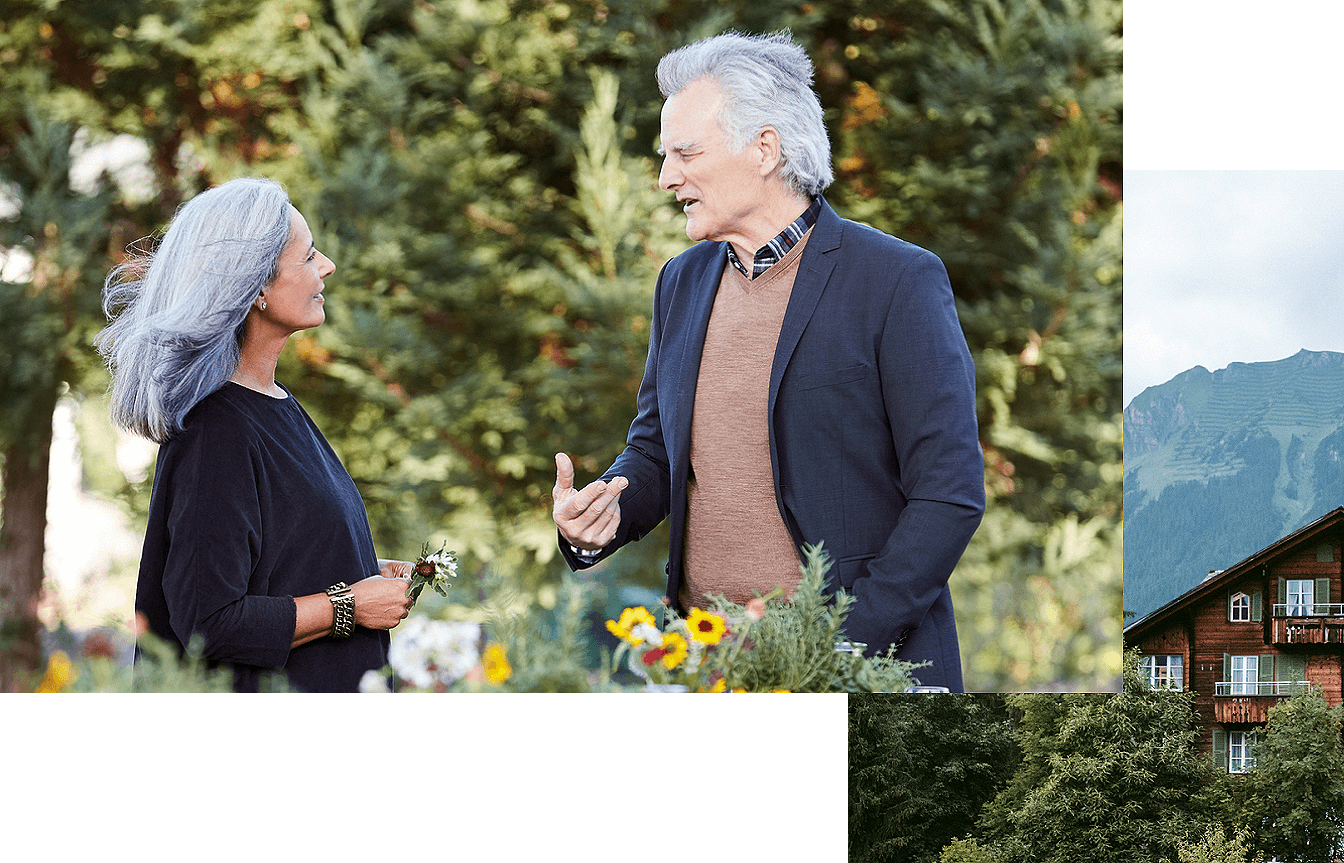 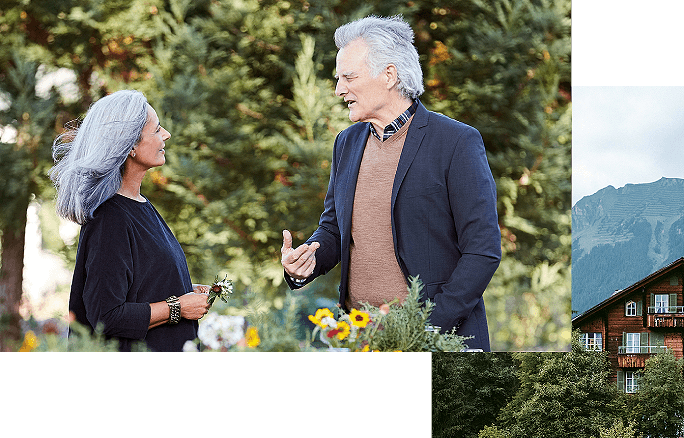 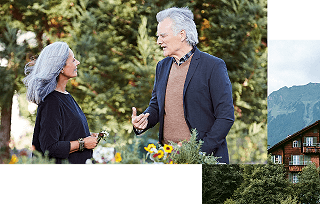 But is it what we envisioned?

As James and Ellen’s children grew into adults, they each built successful careers and families of their own. The eldest daughter married her college sweetheart and became a teacher. The middle son, a married father of two, chose a career in social work. The youngest daughter completed her MBA and worked at the family business, with the goal of one day running the company.

With their adult children spread across the country, James and Ellen had long dreamed of their mountain retreat in Utah as a place for frequent family gatherings. They envisioned the home being passed down and enjoyed for generations to come, and they had designed it with grandkids in mind. However, with their adult children having limited income to afford frequent and lavish travel, the home started to become a source of frustration within the family.

Beginning to right the wrong

James and Ellen’s initial approach was to fund a dynasty trust to cover staff and ongoing maintenance costs of the family legacy home and leave their children with “enough to do something, but not enough to do nothing.”

But the trust had strict distribution requirements that were not necessarily in line with James and Ellen’s goals. For example, the trustee could only approve distributions that matched the beneficiary’s earnings from gainful employment, and only certain healthcare needs qualified for payment.

Concerned that the rigid trust provisions would not truly fulfill James and Ellen’s goals, and potentially even become a source of resentment among their children, their advisors encouraged them to step back and better define the values they were trying to incent. 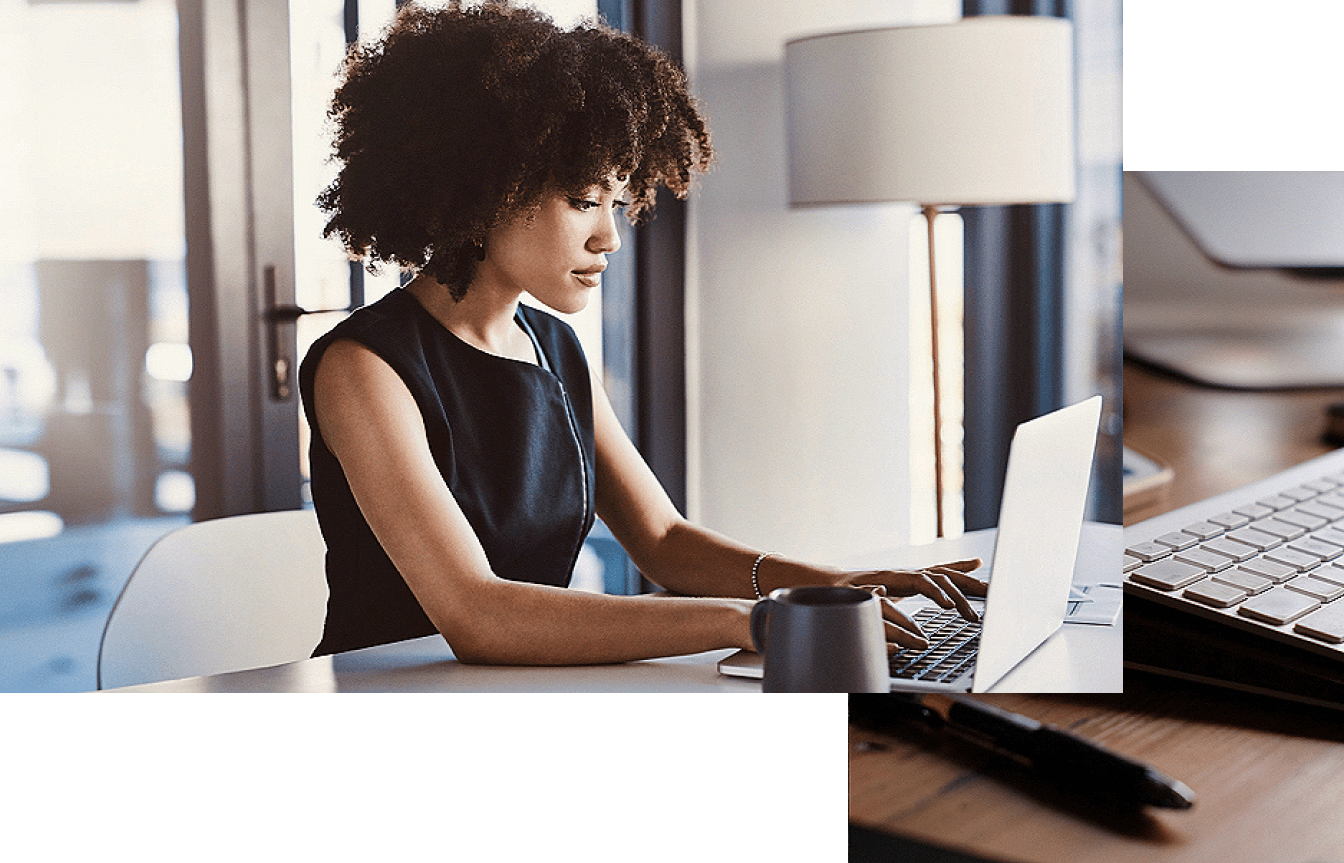 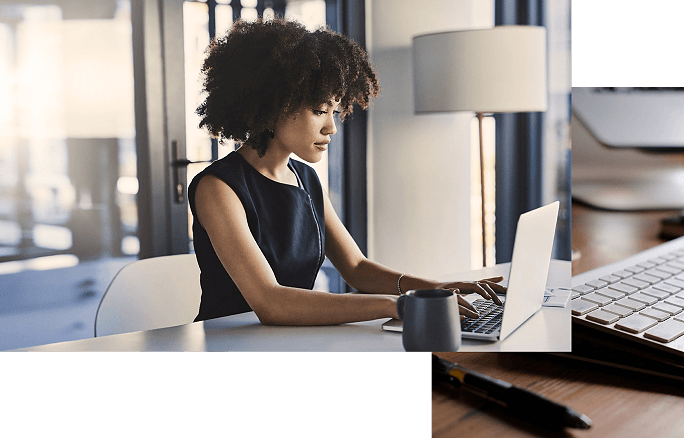 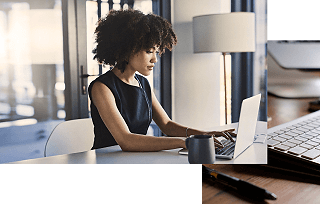 In articulating a statement of wealth transfer intent (SOWTI), James and Ellen realized that several of the trust provisions in their plan would trigger a denial of distributions in cases where the spirit of the request was aligned with their values. For example, after having a third child, their son decided to quit his job as a social worker to stay home and raise his children. With no income of his own, the trust as originally established would not have permitted a distribution under the “gainful employment” provision. Additionally, James and Ellen’s eldest daughter and her husband had trouble conceiving and faced mounting fertility bills. The narrowly defined healthcare provisions in the original trust would not have allowed distributions to cover fertility costs.

Defining their purpose in a SOWTI allowed James and Ellen’s attorneys to refine their estate plan and ensure it reflected their goals. Importantly, it established the mountain retreat as an endowed legacy home. This helped ensure it would be cherished for generations to come while aligning with the family’s evolving needs and ability to cover the cost of travel and upkeep.

Create a Statement of Intent

Add context to your wealth transfer plan by sharing your values with your family.

A shared vision for giving back

This process also brought to light differences in how the parents and children approached philanthropy. While community-minded, the children did not share their parents’ specific passion for the arts and, as a result, were not engaged with the foundation they had created to support the arts.

James and Ellen realized that, even more so than promoting the arts specifically, what they truly cared about was supporting well-run institutions that can make a lasting and measurable impact. They decided to fund a directed trust with a committee structure so that all their children could be active participants in making distribution decisions for the family foundation. This allowed them to broaden the scope of grants made from the foundation to align with causes their children cared about and motivate active participation. The committee structure has another long-term benefit of bringing the family together regularly to manage the foundation, which serves as a valuable framework for multigenerational family engagement.

Ongoing support for the family

Initially, James adamantly opposed the idea of appointing a corporate trustee. He felt doing so would mean turning over control to an expensive and opaque decision maker.

After working with his advisors to understand the options, however, it became clear that naming a fiduciary was not an all or nothing proposition. Ultimately, James and Ellen decided on a hybrid approach with trustee responsibilities shared between family members and a corporate trustee who could offer expertise, continuity and cost savings while alleviating James’ biggest fear — the potential for the family conflict he saw so often among his peers. With a neutral third party to guide distribution decisions, James and Ellen hoped to avoid future disagreements among their children. In particular, the mountain property required someone with specific expertise to oversee the staff and continuous upkeep, which would have been a heavy burden for the children to manage on their own.

Further, as opposed to a more traditional corporate trustee, having a “modern” corporate trustee in place offered their children educational opportunities and collaborative decision making. While the youngest daughter was given discretion over the business assets in the trust due to her role in the company, all the children were provided with the opportunity to sit on committees and learn from specialists, with the corporate trustee providing valuable oversight. This oversight was especially important to James and Ellen since it would provide prudent investment advice to help ensure there would always be funds available to support their legacy home.

Your wealth transfer plan's success depends on its trustee. 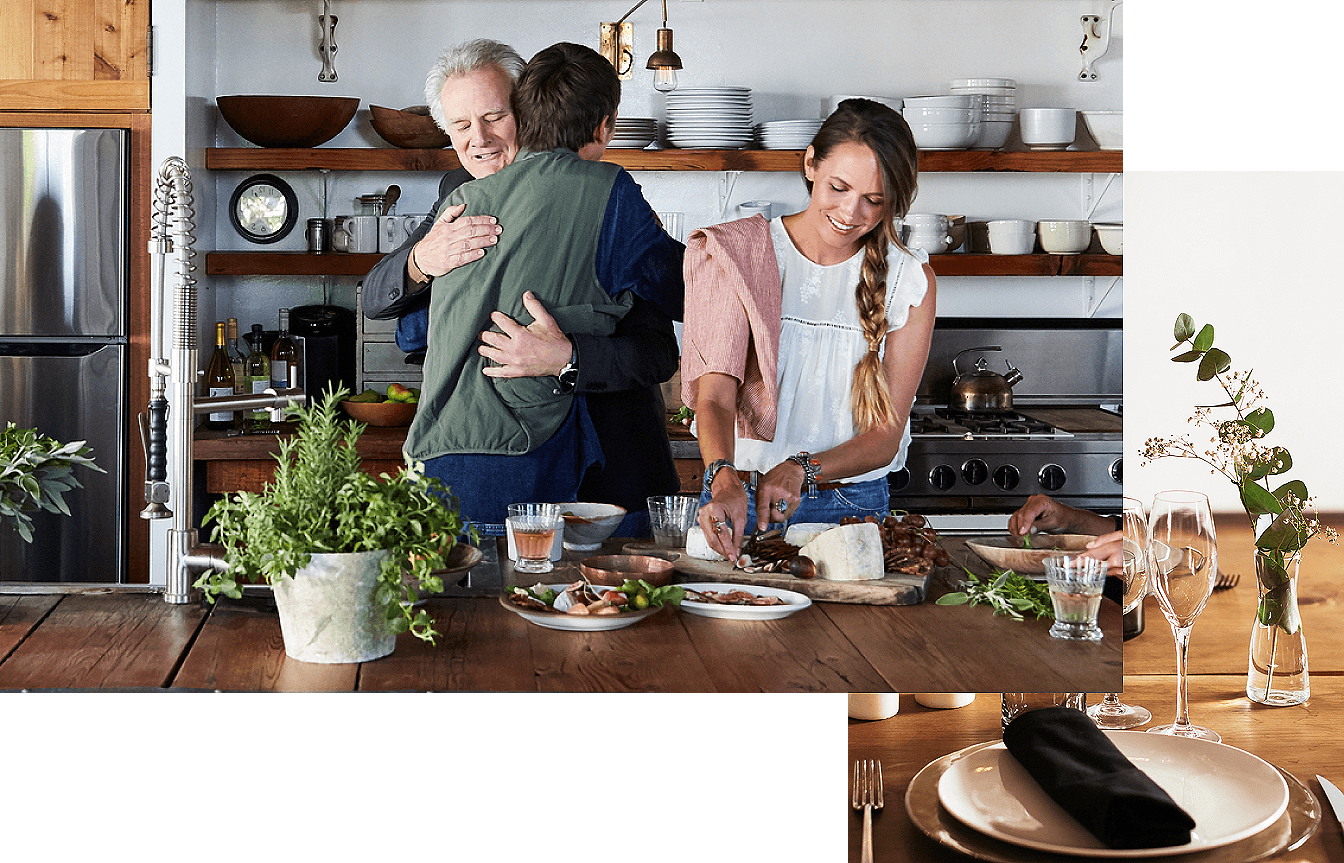 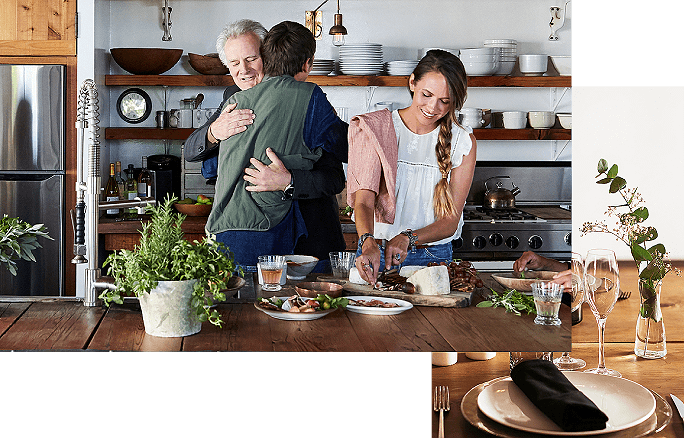 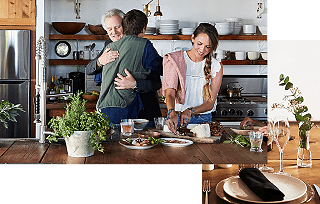 Flexibility for the future

Modern trust provisions helped James and Ellen’s attorneys strike the right balance by providing a framework to contemplate future changes and innovation while allowing their trustees to apply discretion and adjust for changing circumstances that incorporates James and Ellen’s original intent.

For example, they added provisions to their estate plan to adopt a more modern and expansive definition of family and healthcare, which ensured their daughter’s fertility bills would be covered. They also included provisions that specifically addressed expectations for how trusts can support beneficiaries’ goals, lifestyles and priorities, including their son’s decision to stay home and care for his children. Finally, the plan incorporated a governance plan for family members to make decisions about the use and upkeep of their mountain retreat.

Align the needs of current and future generations with our modern trust provisions — written and selected based on our direct experience observing the changing needs of multigenerational families and their advisors.

Planning with Purpose is a three-part process developed by The Northern Trust Institute, to be conducted in collaboration with clients and their attorneys, to help ensure wealth plans reflect the goals and intentions of each unique family.

Successful wealth management requires coordinated advice that evolves with your life and circumstances. Together, we can develop a plan for your best future.